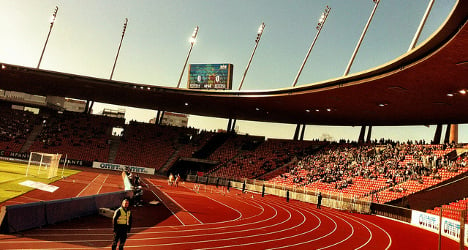 The Letzigrund stadium was built for Euro 2008. Photo: ND Strupler

The city has been embroiled in a legal battle with Implenia over the construction of Zurich's Letzigrund stadium, which was built for the 2008 Euro football championships held in Switzerland and Austria.

The construction company, whose head office is in Dietlikon near Zurich, was claiming an additional 23 million francs  to cover 1,392 modifications to the stadium which it said increased the final cost of the project, according to news agency ATS.

In its 220-page verdict given on Friday, a district court rejected the majority of Implenia’s arguments, judging that the city should pay just 340,000 francs to the construction company.

The city authorities are – understandably – satisfied by the judgement, said ATS.

The ruling means that the final cost for the stadium is 100 million francs, just under the amount budgeted.

In a statement,  Implenia said “An initial assessment suggests that the court’s reasoning fails to engage with Implenia’s arguments.”

“Implenia is of the unchanged opinion that the city must pay for the alterations it asked for and that were carried out.”

The company added it was “considering its next steps with regard to the two remaining courts of appeal.”

The legal tussle between the two parties is set to continue in any case, since the city has also lodged a complaint against Implenia for an alleged leak in the stadium’s roof.

The city is demanding the roof be fixed or compensation of 10 million francs.

“Implenia decidedly rejects the allegations and the related demands,” said the construction company.

A sports ground was first built on the Letzigrund site in 1925, owned by FC Zurich.

It was extended and reconstructed several times before being demolished in 2006 to make way for the new stadium.

ZURICH
IN NUMBERS: How Zurich’s foreign population has more than doubled