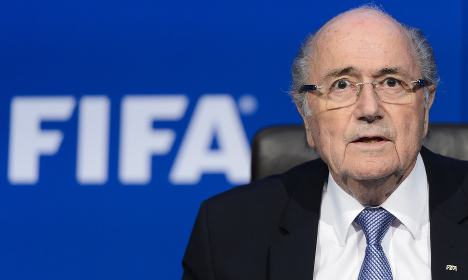 “I’m a fighter,” he told the Swiss weekly Schweizer am Sonntag.

“They can destroy me, but they can’t destroy my life’s work.”

The beleaguered football chief’s lawyers lodged an appeal against his suspension on Friday.


At the same time, Blatter asked for further hearings with Fifa’s ethics committee, claiming that he was not allowed to give evidence before he was banned.

But ethics committee spokesman Andreas Bantel said Blatter, 79, had been given the chance to put his case on October 1st.

Fifa has been in crisis since May, when US authorities announced charges against 14 officials and sports marketing executives over bribery allegations amounting to more than $150 million.

The president of the European football body UEFA, Michel Platini, was also suspended for 90 days, and has also appealed.

Neither Blatter nor Platini are implicated in the wider scandal however.

If their appeals are rejected, they would still have the right to take their cases before the final-instance Court of Arbritation for Sport, based in Lausanne.

The 60-year-old Platini, a frontrunner to succeed Blatter as Fifa chief, denies any wrongdoing in taking a $2 million payment from the world football body in 2011.

Blatter told Schweizer am Sonntag that as usual he had been in his office at Fifa's headquarters in Zurich on Saturday morning before leaving to spend the rest of the weekend in his home region of the Valais.

Issa Hayatou of Cameroon, the 69-year-old head of the Confederation of African Football, was named Fifa’s acting president on Thursday.