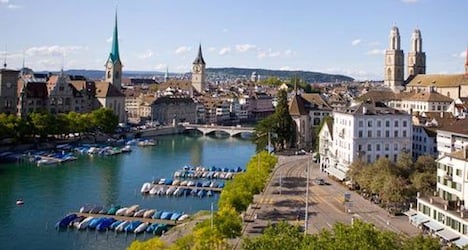 The network ranked the Swiss at number one in its Financial Secrecy Index 2015 report, ahead of Hong Kong, the US, Singapore and the Cayman Islands.

“Despite what you may have heard, Swiss banking secrecy is far from dead, though it has curbed its secrecy somewhat,” the TJN said, calling Switzerland “the grandfather of the world’s secretive tax havens”.

While it has recently made some concessions to its” iron-clad secrecy laws, under strong international pressure”, it has been a laggard relative to some other big players like
Luxembourg, the report said.

Its aggressive and “apparently illegal pursuit of secrecy-breaking whistleblowers highlights
the strength of the Swiss secrecy lobby,” it said.

The report noted that Switzerland has committed to the OECD’s global level Common Reporting Standard (CRS) of automatic information exchange of bank account information, which aims to crack down on tax evasion.

But it will only start to apply this in 2018, later than many other countries, “and it has said it will be selective about which countries it will share information with”.

It said they are working to build “market share in some of the world’s more vulnerable and badly governed developing countries, which will therefore continue to suffer Swiss-sanctioned elite looting”.

The report criticizes the US for failing to commit to the CRS automatic exchange of bank account information.

America is implementing the Foreign Account Tax Compliance Act (FATCA), designed to collect information on US taxpayers abroad “with relatively little information exchanged in the other direction”.

The report said the US, while it has aggressively taken on the Swiss banking establishment, has itself “hosted vast stocks of financial and other wealth under conditions of considerable secrecy”.

The TJN also lambasted the UK for supporting a network of secrecy jurisdictions around the world, such as the Cayman Islands, Bermuda, Jersey and the British Virgin Islands, “whose trusts and shell companies hold many trillions of dollars’ worth of assets”.

If the UK and its “offshore satellites” were treated as one unit it would have topped the secrecy index above Switzerland, the group said.

The report concludes that worldwide, private financial wealth of between $21 trillion and $32 trillion is located in secretive locations around the world, where it is either untaxed or lightly taxed.

The ranking of the secrecy index is based on an evaluation of 15 indicators, including banking secrecy and knowledge of “beneficial ownership” of assets.