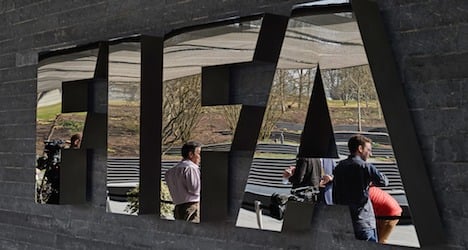 The committee of the Zurich-based world governing body for football said it “rejected in full” the appeals made by Blatter and Platini.

Platini, a candidate for the Fifa presidential election in February, announced through his lawyers that he would now appeal to the Court of Arbitration for Sport (CAS).

Blatter, 79, who was recently hospitalized for stress, was consulting with lawyers on his next step, a spokesman said.

Part of the inquiry is into a $2-million dollar payment made by Fifa to Platini in 2011 for work carried out a decade earlier.

The suspension has been a severe blow to Platini's hopes of winning a Fifa presidential election in Zurich on February 26th when Blatter stands down after 17 years in the post.

The ban from all football-related activity means that the Frenchman cannot campaign in the presidential race against the five confirmed candidates, who have already passed required integrity tests.

Fifa will only conduct an integrity check on Platini when the suspension ends in January.

Platini's lawyers said the decision was expected and that a final appeal would be made to the Lausanne-based CAS.

One of the lawyers, Thibaud d'Ales, said he expected a CAS decision by the end of November.

The appeal committee decision “confirmed that Fifa through its internal organisms, is leading a one-sided, inequitable and partial investigation against Platini in violation of the rights of defence,” the lawyers said in a
statement.

Fifa “is also organizing — and does not even hide it —  a deliberate and inadmissible strategy to delay Michel Platini's campaign for the Fifa presidency.”

The lawyers said the appeal committee decision was dated November 3rd but he had only been notified two weeks later “without any justification”.

With Fifa at the centre of a major corruption storm, Blatter won reelection to a fifth term on May 30th but announced four days later that he would stand down.

Blatter, and Platini, have strongly denied any wrongdoing.

But last week the veteran powerbroker was hospitalized with a stress related illness.

Infantino has indicated he would stand aside if his Uefa boss Platini is admitted to the election.

Swiss and US investigations into alleged wide-scale fraud and corruption in world soccer have rocked Fifa this year.

US authorities have charged 14 Fifa officials and sports business executives with involvement in more than $150 million of bribes for marketing deals.

Swiss authorities are looking into the attribution of the 2018 and 2022 World Cups to Russia and Qatar.

There is a parallel inquiry into Blatter's acts at Fifa.

Amongst reforms they are expected to propose include limiting Fifa presidents to 12 years in the post and forcing executive members to stand down when they are 74.

Their proposals will be discussed at a FIFA executive meeting on December 2nd-3rd and then put to a vote at the special congress on February 26th when a new president will be elected.