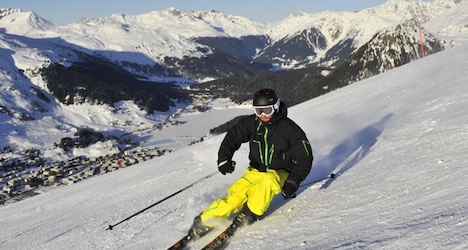 The victim, an employee of the company operating lifts at the resort, was skiing down the Usser Isch piste on Tuesday, when he probably collided “violently” with a snowblower, Graubünden cantonal police said.

The employee was skiing on his free time and not while he was working, police said in a news release.

The injuries he suffered were so severe that he died at the accident site, the release said.

The accident is being investigated by police and the local prosecutor’s office.

Police asked anyone who may have information about the accident to contact the Davos police station on 081 257 63 50.

The accident occurred just as the ski season is getting under way in Swiss mountain resorts, including Davos Klosters which opened less than two weeks ago.