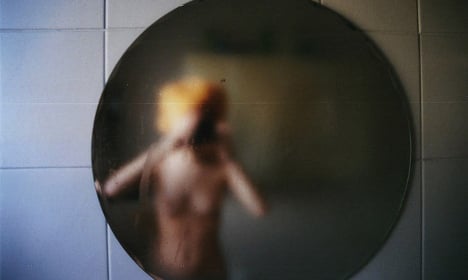 The daughter, now 23, moved out of the family home when she turned eleven but told the court that she feels traumatized.

“They had sex everywhere. In the living room, on the balcony, on their car – they never closed the doors,” she is quoted by 20 Minutes as saying. “I still remember the looks on their faces.”

A spokesperson at the courthouse in Vevey, in the canton Vaud, confirmed to The Local that the case was taking place, but was unable to give further details.

The case was originally brought to court after neighbours reported the couple for suspected sexual abuse of their other daughter, who is aged eight and lives with the couple. After a medical examination found no trace of abuse, this investigation was closed, but a separate enquiry was opened into the trauma suffered by both children.

The prosecution argued that “for a ten-year period, the defendants put their personal pleasure above their children's wellbeing”, saying that the girls “learned the meaning of sexual pleasure too young”. The younger daughter allegedly exposed herself to a boy of her own age, which prosecutor Maria Giannattasio said shows the effects of “her parents' lack of shame”.

The couple deny the allegations. The mother said: “We have never made love in front of our children. My daughter is lying. She has always lied.”

The verdict is expected at the end of the week, with the couple risking up to 24 months in jail – although any sentence is likely to be suspended. The couple's defence argue that the offences were “morally reprehensible but not criminal”.

On Thursday, Zurich council published its list of most popular baby names in 2021.

During 2021, 5,251 babies were born across the canton, which is Switzerland’s most populous.

On top of the list for boys was Noah, with 27 of the boys born last year receiving the biblical name.

The leader for the girls was a little more controversial, with two different names laying claim to the crown.

While 28 of the girls born in Zurich last year were called Olivia, there were 44 girls born in total with a variation of Sophia/Sofia.

Short names dominated both lists, with Emma, Anna, Ella and Mia ranking high for girls, alongside Leo, Louis and Theo for boys.

Another trend is that diversity is on the slide in Zurich, with fewer names given than in previous years.

Middle names are also on the rise in Switzerland, with 57 percent having one in 2021 compared to 48 percent in the 1990s.

How does this compare to Switzerland?

Although the 2021 figures haven’t been released for Switzerland, those from 2020 showed Noah was popular across the country as the favourite boys name.

Olivia however was not even in the top five for girls names in Switzerland, where Mia, Emma and Mila were the most popular.

Much like pretty much everything in Switzerland, there are significant differences between linguistic regions.

In total, there were 461 Mias born in Switzerland last year, followed by 407 Emmas and 350 Milas.

Mia and Noah are the most popular names in German-speaking Switzerland as well as in the country as a whole, which is of course helped by the fact that around 60 percent of Switzerland speaks German.

Sofia claimed top prize in the Italian-speaking part of the country, while Leonardo was far and away the biggest winner among the boys.

The situation is slightly different among Switzerland’s foreigners, with many opting to stick with names popular in their home countries, rather than those in Switzerland.

READ MORE: What are the most popular baby names among foreigners in Switzerland?