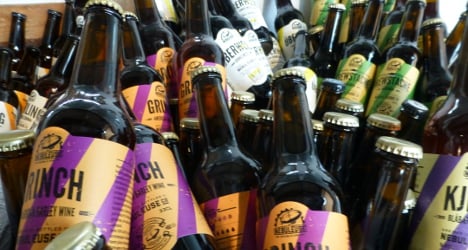 Asking Jeremy Pernet, co-founder of Lausanne microbrewery La Nébuleuse, to pick a favourite among his many beers is like asking someone to choose their favourite child. “You can’t say you prefer one over the other,” he smiles. “But right now I would say Brewstache, a German smoked beer. Basically it tastes like liquid bacon.”

These days beer drinkers in Switzerland are spoilt for choice. The global trend for craft beer is making its mark here too, with a huge variety of Swiss-brewed beers toying with diverse flavours from hops and malt to vanilla, blueberries and even chilli and chocolate.

According to the Swiss customs office there are currently 632 active breweries in Switzerland.

That’s a steep rise from the mere 81 that existed in 2000. Around 150 launched in the last two years alone.

The popularity of craft beer with Swiss consumers is evidenced by the sheer demand that a new brewery like La Nébuleuse has experienced since it opened just over two years ago, with its beers now found in numerous bars and restaurants in the Lausanne area.

Founded by Pernet and two university friends, none of whom had any professional experience of brewing, La Nébuleuse originated in a small room in the basement of Lausanne’s MAD club at the end of 2013.

“Definitely for me it’s a surprise,” says Pernet of this rapid expansion when I meet him in their 1,200m2 premises in Renens, the brewery’s third location in two years.

“But at the same time we are really entrepreneur driven, we knew exactly what we wanted to do, and we wanted to expand very fast to catch the market. I think we were lucky that everything we expected went well.”

From cartels to quality

La Nébuleuse is surfing both a spike in entrepreneurial spirit and a wave of interest in craft beer in Switzerland at the moment. But it hasn’t always been this way.

Before the current beer boom a few regional breweries “had divided Switzerland”, says Monika Saxer, the Zurich-based author of BierWandern Schweiz, a book about Swiss hikes that take in craft breweries.

“Their beer was not bad, but it was the same everywhere – only the name on the bottle was different. Then the bigger breweries bought up and closed the smaller ones,” she tells The Local.

These ‘cartels’ had a huge impact, and by 1990 there were just 32 breweries in Switzerland, the lowest figure on record.

“A hundred years ago there was a brewery in almost every town and village, then the mass operation breweries killed this market,” agrees Pernet.

“Now we can see it’s starting to grow again because people really want not only local beer but craft, quality beer.”

“There is a renaissance of quality, not only in drinking but also in eating and behaving, taking care of yourself, knowing where the product comes from,” he adds.

Rabei Allouch has seen huge changes in the Swiss beer scene in the seven years he has owned Pi Bar, a popular Lausanne craft beer bar.

“When I started Pi Bar we [Switzerland] were pretty backwards here compared to the US, and what was happening in the Nordic countries. Now we have closed this gap a bit… because it’s really evolved,” he tells The Local.

Armed with his knowledge of flavour and style gained from Pi Bar, Allouch starting brewing himself in 2014.

With capacity for just 300 litres, his Echec & Malt microbrewery is at the other end of the scale to La Nébuleuse.

The relative ease of setting up a microbrewery and the modest initial investment that’s required mean that many of Switzerland’s 632 active breweries are small, with people brewing for the love of it, rather than to make a living.

But they will find plenty of support in what is a very collaborative industry, feels Pernet.

“We understand a lot from other breweries,” he says, crediting longstanding Yverdon brewery Boxer for helping his team set up La Nébuleuse. “We would be nobody without them. It’s a very sharing community. There’s not a lot of secrets between us.”

Allouch has also experienced this give and take. He started a craft beer festival in Lausanne last year (it returns on June 3rd-4th this year) to promote other microbreweries, while Echec & Malt’s beers were in turn boosted by the Rapperswil Craft Beer Festival which last year named one, an IPA, among the event’s five best.

Festivals like these are essential promotional tools for small breweries, and the beer boom has sparked more of them. Another is the Zurich Beer Festival, which showcased some 155 different beers in its first edition in April 2015. It returns for its third edition on April 15th-17th this year.

“The main idea was to give people the opportunity to taste different kind of beers, with the intention that maybe some of these beers will end up in their favourite bars or restaurants,” organizer Markus Forster tells The Local.

Some 2,400 people turned up to the first edition, which took a democratic approach by inviting Swiss and foreign beers from both microbreweries and – to the chagrin of some, says Forster –  industrial brewers such as Carlsberg-owned Feldschlösschen, the largest brewery in Switzerland with 43 percent of the market share.

“We allow any kind of brewer to attend,” he says. “It’s for the customer to decide what kind of beer he likes. If you like an industrial beer that’s ok with us.”

And some do. The craft beer trend appeals mostly to younger generations, says Forster. “People above 60… all these IPAs and crazy different beers, that’s not their thing. They stick to the classical ones.”

Whatever your taste in beer, the current abundance of breweries in Switzerland can only be a good thing for consumers, feels Pi Bar’s Allouch.

“I think [competition] is good for consumers. It’s always when there’s more choice that you start to become demanding, and then the quality rises.” 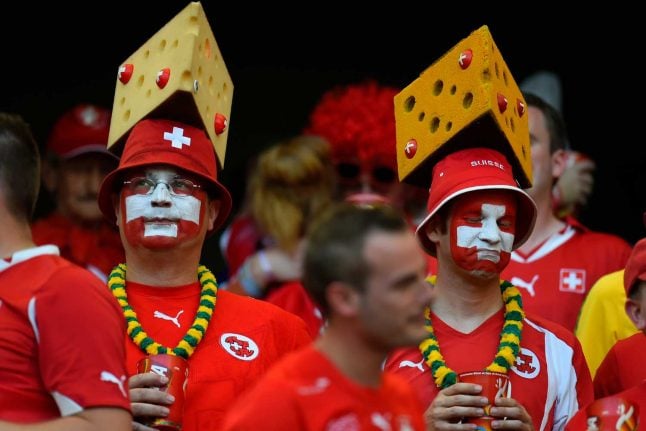