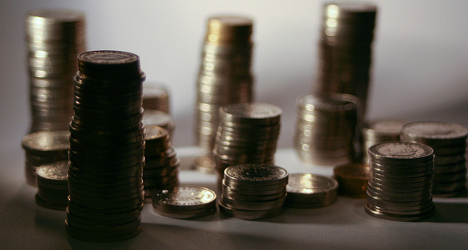 Speaking in a media interview on Monday finance minister Ueli Maurer warned the country must tighten its purse strings to save 1.5 billion francs a year in 2018 and 2019, reported news agency ATS.

The savings must come in addition to the 2.8 billion franc cutbacks predicted in an economic stabilization programme the government will announce at the end of May, he said.

Without reducing spending or increasing revenues the government will not be able to slow down the country’s rate of borrowing, he said.

Savings will be found from development, education, research, the army and welfare spending.

The Swiss economy has suffered lately in the face of a strong franc.

The State Secretariat for Economic Affairs (Seco) said in December it expected that to rise to 3.6 percent in 2016 despite anticipated higher growth in the economy.

Despite the gloom, federal coffers received a boost on Monday when the government received a 220 million franc reimbursement from defunct airline Swissair.

At the time of its collapse 14 years ago the airline was given a 1.15 billion franc loan from the Swiss federal government to allow it to continue operating while a buyer was found.

However investigations by the Swiss Federal Audit Office (SFAO) showed that a portion of that money was not used for the intended purpose.

On Monday SFAO said in its annual report that it had recovered 220 million francs.

Once Switzerland’s national carrier, Swissair suffered from over expansion and the economic crash post 9-11.

After being bailed out by the government it was taken over in 2002 by Swiss International Air Lines, which was subsequently bought by German carrier Lufthansa in 2005.