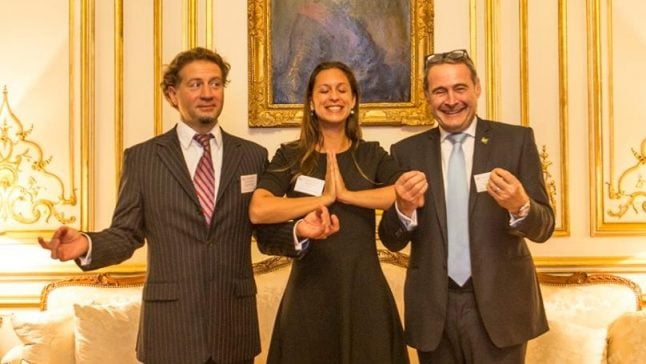 Not everyone gets the chance to shape their career after their passion. But Swede Sophie Wikström did – and not just for one passion, but all of them.

“I moved to France when I was 18 and started learning French,” she tells The Local. “And I was trying to find an education where I could incorporate as many things as possible.”

“So hospitality caught my eye.”

Wikström now owns her own unique restaurant concept, “Nice Life”, which started as a healthy-eating and social gathering spot for expats but has now evolved into an international well-being retreat.

But it all started when she discovered Swiss Education Group through a partnership with a school in Sweden.

To this day, she says it was one of the best choices she ever made. “It’s a very personal school. You get to know your teachers very well and create very close relationships. And I really liked the combination of theory and practical.”

The internships were particularly valuable, she adds.

“I had internships in Geneva and Barcelona at places like Four Seasons,” she says. “And after I completed my Bachelors I got head-hunted to The Ritz in Paris.”

For graduates of Swiss Education Group, attracting attention from major players in the hospitality industry is the rule rather than the exception.

“It's fantastic for us at Marriot International,” says Olivier Rappai, Director of Human Resources at the Zurich Marriot Hotel. “It's hugely valuable for us, having so many well-educated students coming out of Swiss Education Group schools every year.”

Rappai says the hotel has been working with Swiss Education Group for 10 years, both by offering internships and through recruitment later on.

“We need good people, and Swiss Education Group has a lot of great students in one place. We're getting well-educated young people who are enthusiastic about the profession. These are students who really want to learn and develop.”

Frank Perugini is one such student. The Chicago-native had worked as an IT consultant for years, but when his partner got a job offer in Switzerland, he decided it was time to do something he was passionate about.

“I didn’t love what I did,” he confesses. “And so when I moved here, without a job, I saw it as a chance to reinvent myself.” After several interviews for jobs in his field went nowhere, he decided to follow his passion and enrol in culinary school.

The aspiring chef picked the Culinary Arts Academy, part of Swiss Education Group, mainly due to its holistic approach.

“It’s one of the few schools that offers a bona fide degree in culinary arts,” he says. “And it’s not just about being a chef, it’s about being a leader in the food industry.”

Perugini just began his studies earlier this year – and so far he’s thriving.

“The best part of studying here is the multicultural aspect. There are students from 64 different countries, and that’s truly amazing,” he says.

The majority of the curriculum is in English, but fundamental French is also part of the programme, which also boasts courses on everything from cooking theory and food safety to pastry-making, interview technique, and developing your CV.

“We really learn how to become leaders in the culinary world. Few schools do that,” he says.

Like Wikström, Perugini hopes to one day start his own culinary venture – but for now he’s following his passion and learning from the best, to make his dreams a reality.

That’s what Swiss Education Group is really good at, Marriot’s Rappai points out.

“We at hotels can give students what they need in terms of training and opportunity and a chance to work with us, but what we can't give them is their passion,” he says.

This article was produced by The Local and sponsored by Swiss Education Group.