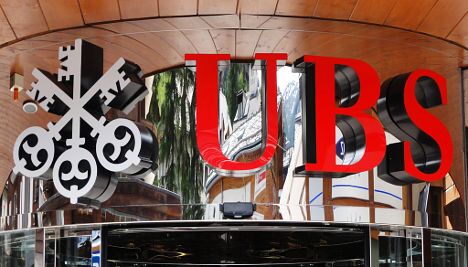 The Securities and Exchange Commission said a US arm of the private wealth manager, UBS Financial Services Inc, had failed to train and educate its sales force adequately about the risks of complex financial products known as reverse convertible notes (RCNs), which are derivatives whose values are generally based on the performance of an underlying stock.

As a result, between 2011 and 2014, UBS sold $548 million in RCNs to more than 8,700 retail customers, many of whom were inexperienced and had only modest reported incomes and net worths. Some were retirees, according the SEC.

In a conference call with reporters, SEC Enforcement Director Andrew Ceresney touted the SEC's use of sophisticated data analysis to identify suspect sales in the industry, a practice which he said replaced painstakingly having to analyze such transactions investor by investor.

However he conceded that the clients who bought the RCNs had by and large not lost money.

“The harm is that customers were given unsuitable recommendations but for the most part these products did perform in the market,” he said.

In reaching the settlement, UBS neither admitted nor denied the SEC's allegations. Under a consent order, the bank will pay $9 million in disgorgement of profits and interest and a $6 million penalty, only the latter of which is not tax deductible.

In recent years, UBS has been repeatedly targeted by authorities on both sides of the Atlantic. The bank in May agreed to pay more than $500 million to the US over allegations of manipulating currency exchange and interest rates.

In 2009, UBS also settled with US authorities for $780 million over allegations it helped US account holders evade taxation.