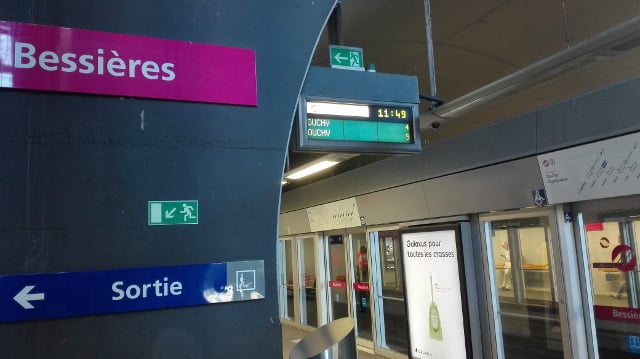 Photo: The Local
The 30-year-old Swiss resident, of west African origin, was arrested after he shouted the phrase – meaning ‘God is greatest’ – at the Bessières metro stop at around 1.30pm, causing panic among people using the M2 metro line.
According to a witness who spoke to newspaper 24 Heures, people ran from the metro when they heard the Arabic phrase – which has been said by people committing terrorist attacks – and rushed into the elevator to take them up to street level.
“We wondered if we were going to hear an explosion behind us,” said the witness.
Several people then called the police.
Interviewed by the authorities, the man said he was having a paranoid episode and was calling upon God to help him, reported 24 Heures.
Charged with making threats causing public alarm, the man has been released from custody pending a hearing.
Examined by a doctor, he was judged to be neither a flight risk nor a threat, said the paper.