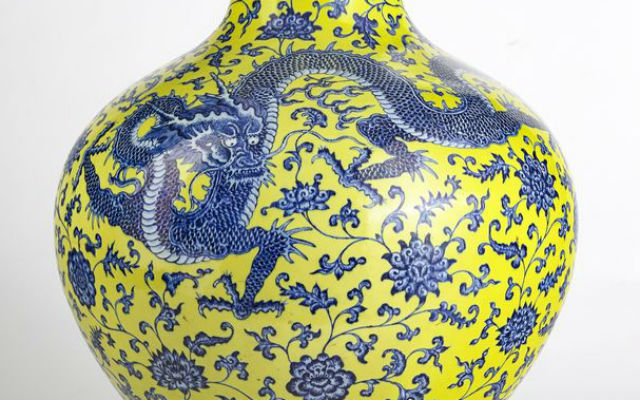 The yellow and blue vase fetched a record price at auction on September 21st in Geneva as part of auction house Genève Enchères' Asian art sale.

“After a lengthy battle between a collector over the phone and a buyer in the room, the lot has finally been won by the buyer present in the room for five million Swiss francs, an amount never reached in Geneva for a work of art (except watches and jewellery),” said Geneva auction house Genève Enchères in a press release.

“This is the hammer price so with the commission added it is a total of 6.08 million Swiss francs (€5.1 million/$6.1 million),” auctioneer Olivier Fichot told AFP.

The buyer, an amateur from Asia, was in the room for the auction, while his competitor bid by telephone, according to AFP.

The vase, article 567 in the auction house's Asian sale, sold for nearly 100 times more than any other piece in the same auction. READ MORE: Online auctions: 10 tips to avoid being ripped off