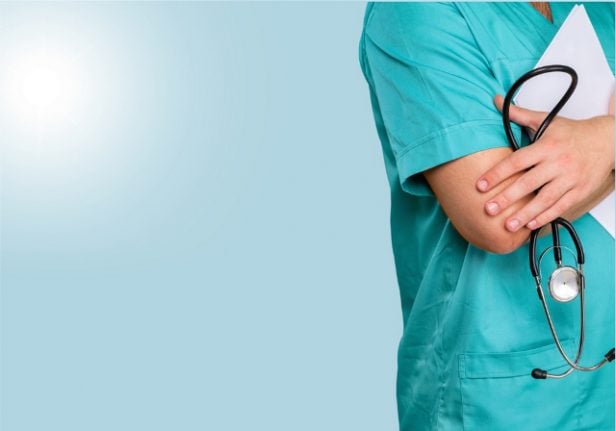 Photo: billiondigital/Depositphotos
On Wednesday the Federal Council revised rules regarding Switzerland’s compulsory basic medical insurance (LaMal) to strengthen international collaboration, reported news agency ATS.
Since 2006 a pilot project in two Swiss regions has allowed residents to seek treatment over the border, knowing that their Swiss health insurance will cover the cost under the same rules as apply in Switzerland.
Residents of Basel have been able to seek treatment in Lörrach, Germany, while those in St-Gallen can head to Liechtenstein.
Those pilot schemes will now be authorized long-term, while other border cantons including Geneva will be allowed to apply for authorization to establish something similar.
The application must include a list of foreign practitioners who can supply the basic medical services covered by LaMal.
Only people living in authorized cantons and insured with a participating Swiss insurance company can take advantage of cross-border medical treatment.
Also from 2018 LaMal will cover the costs of outpatient treatment anywhere in Switzerland, not just in the insured person’s canton.
Currently LaMal only covers the cost of the equivalent treatment in the canton of residence or work, with the insured person paying the difference if treatment is more expensive elsewhere.
Swiss basic health insurance is compulsory for every resident of Switzerland.
Though the country is widely considered to have a high standard of healthcare, it is expensive, often far more so than elsewhere in Europe.
In 2015 the Swiss health system’s bill was over 77.7 billion francs, a four percent rise on the previous year, according to the Swiss statistics office.
That equated to 11.9 percent of GDP and 782 francs per inhabitant per month. In 2000 those figures were 9.8 percent and 523 francs respectively.
According to figures from the European Union, Switzerland’s healthcare spend per inhabitant in 2014 was higher than any EU country, as was its spend as a percentage of GDP.
Heathcare spend is only likely to increase in the coming years due to the aging population in Switzerland, the economics institute of ETH Zurich said recently.
Earlier this year the government’s health minister made moves to reign in the country’s spiralling health costs and slash LaMal premiums in the process.
Nevertheless, premiums will rise again by four percent on average in 2018 and remain a growing source of frustration for the insured.