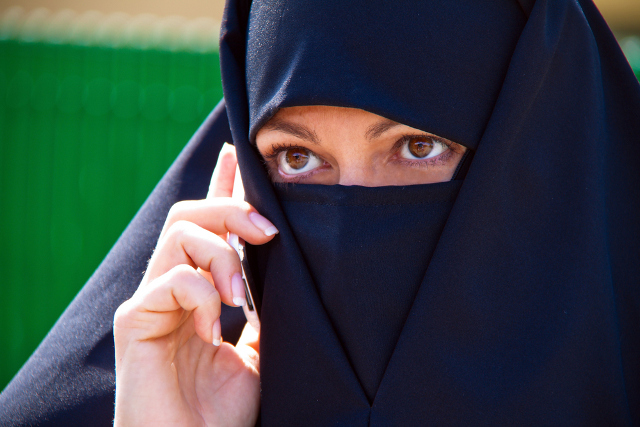 Photo: ginasanders/Depositphotos
A survey of 1,167 people conducted by two Sunday papers found 76 percent in favour of the initiative, compared with 20 percent against and three percent with “no view” on the issue, reported Swiss media on Monday.
The popular initiative 'Yes to a ban on face coverings', which last September garnered more than the required 100,000 signatures to put it to a popular vote, calls for it to be made illegal for anyone to cover their face in public, with some exceptions including for local customs, the weather and health and safety reasons.
Such a law would effectively ban the burqa, though the committee says it is also targeting hooligans and others who cover their face for criminal intent.
The Swiss government opposes the idea, saying it’s up to the cantons to legislate on the issue. However in December it proposed a counter-project suggesting it be made illegal to force anyone to cover their face.
The initiative and the counter-project will likely be put to the vote in 2019.
Url copied to clipboard!