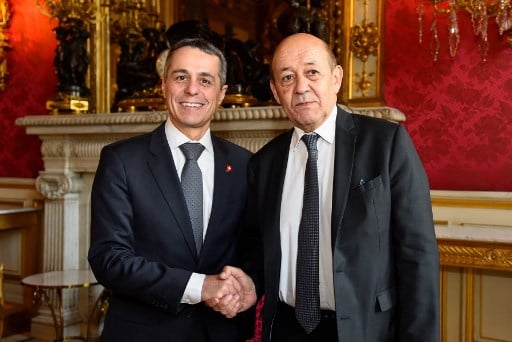 Geneva cantonal government member Mauro Poggia, who has been negotiating with the French authorities on behalf of the Swiss cantons, confirmed the deal on Swiss public radio SRF on Friday, the Swiss news agency SDA reported.

The money is to be paid next year, and most will go to the cantons, in particular Vaud and Geneva which have the largest number of French welfare recipients, it said.

The deal was struck after the two neighbouring countries last year dissolved a social welfare agreement that had been in place for almost 90 years.

Under this agreement France and Switzerland pledged to recompense each other for social welfare benefits paid to their citizens in the other country.

France had argued that the agreement no longer had validity after the free movement of persons agreement with the European Union came into force in Switzerland in 2002.

Swiss Foreign Minister Ignazio Cassis paid a visit to his counterpart in Paris last December to discuss the issue.

According to the SRF report, Switzerland also owes France for social welfare payments made to Swiss citizens – but these amount to only 3.5 million francs.

It also said France had not sent any social welfare bills to Switzerland for a number of years.