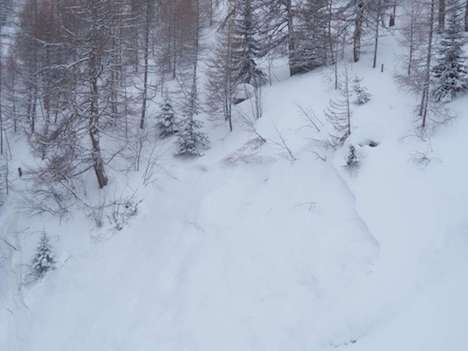 Valais cantonal police said the two Dutch skiers were skiing off-piste in the Saille region at around 1,700 metres in altitude when a blanket of snow 200-metres long and 20-metres wide came hurtling down.

The 31-year-old woman and her 27-year-old companion were both buried under its weight.

A group of skiers were able to free the two and they were flown to hospital in Sion where the seriously injured woman later died.

Her companion escaped with minor injuries.

In the statement, the police warned of avalanches across the canton, saying the danger level was currently 4 out of a maximum of 5.

It said that following several days of heavy snowfall the risk was at its greatest and avalanches could occur spontaneously at altitudes of above 2,000 metres.

The situation could worsen further as more snow was expected.

The police statement advised skiers not to leave marked pistes.

In a separate statement, Valais police warned that because of expected strong winds and snowfall some roads might be closed over the weekend.

Information on the condition of the roads can be found on the website www.tcs.ch or by phoning 163.

The SLF institute for snow and avalanche research indicated on Friday that there is currently also a high risk of avalanches in the eastern canton of Graubünden.

Earlier this month a snowshoe hiker was killed by an avalanche in Kandersteg in the Bernese Oberland.