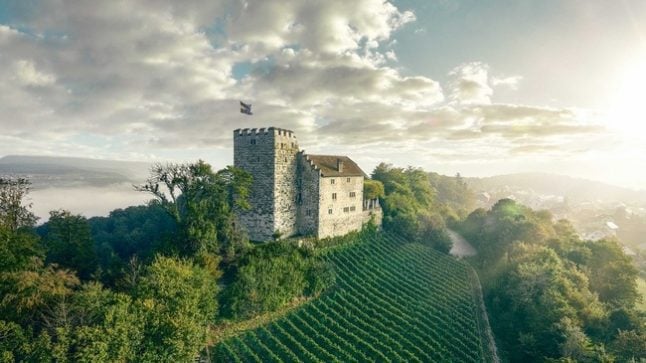 Habsburg Castle in the canton of Thurgau. Photo: Swiss Tourism The northern flanks of Lake Geneva offer one of the most stunning landscapes in Switzerland, with vineyards rising steeply from the water. The Lavaux vineyard terraces are Unesco-world heritage and the 10-kilometre hike between the picturesque villages of St Saphorin and Lutry is a perfect introduction to the area. The fact that there are plenty of wines to try along the way doesn’t hurt either. Few names dominate European history in the last millennium like that of the Hapsburgs. The dynasty held sway over much of the continent and occupied the throne of the Holy Roman Empire for 300 years. Few people know, however, that the Hapsburgs had their beginnings in Switzerland, in the canton of Aargau. The 1,000-year-old Habsburg castle in Habsburg can be visited, and there’s even a restaurant. Ski by day, dance by night: the Caprices festival in the Valais ski area of Crans-Montana attracts around 28,000 clubbers to see over 30 artists and DJs across four days, with gigs staged in various locations around the slopes. This year’s festival runs from April 12th to April 15th. Any time of year is a good time to visit Switzerland’s Italian-speaking canton of Ticino. But for people hoping to get a jump on summer and imagine themselves on a tropical island somewhere, the Brissago Islands in Lago Maggiore are the place to go. The smaller of the two islets is a botanical garden filled with subtropical vegetation from all over the world.

For the drama of it

The Rhine Falls on the Swiss–German border are Europe’s biggest waterfall and are at their most impressive in spring as snowmelt fills the Rhine with huge volumes of water. Near the Swiss city of Schaffhausen, this natural spectacle is something not to be missed. While Morges on Lake Geneva has its own tulip festival in spring, perhaps the most beautiful part of Switzerland blossoms-wise is the canton of Thurgau with its thousands of apricot, cherry, pear and apple trees. With its rolling landscape and views over Lake Constance, this often-overlooked canton comes into its own in the spring months. Cherry trees are set to come out around mid-April while for apple trees blossom time is around the start of May. But as with all things natural, there is no fixed calendar. Click here for information on the current situation.

Among the stranger festivals in Switzerland is Zurich’s Sechseläuten spring festival which sees the city farewell the spring by the burning of a 3.4-metre high snowman-like figure known as the Böögg. This year, the special moment comes at 6pm on Monday April 16th. The Easter processions in Mendrisio, Ticino, are perhaps the best-known in Switzerland. There are two processions on Maundy Thursday and Good Friday (March 29th and 30th). Both involves hundreds of participants who re-enact the passion and crucifixion of Christ as they walk through streets decorated with traditional paper lanterns. The costumes date from 1898 and are so valuable that if it rains, the whole thingis called off.

Diminutive Madulain in Switzerland’s stunning (and often sun-soaked) Engadine valley was recently added to the official list of the 33 most beautiful villages in Switzerland. Madulain, which is home to just 220 people, was given the nod because of its intact village centre. Combined with the scenery of the Engadine, it’s a recipe for pleasure.

For life in the slow lane

The small canton of Jura on the French border is horse country and one of the best ways to see it (especially with children) is on a horse and cart ride. See here for more information about rides in the Ajoie district.