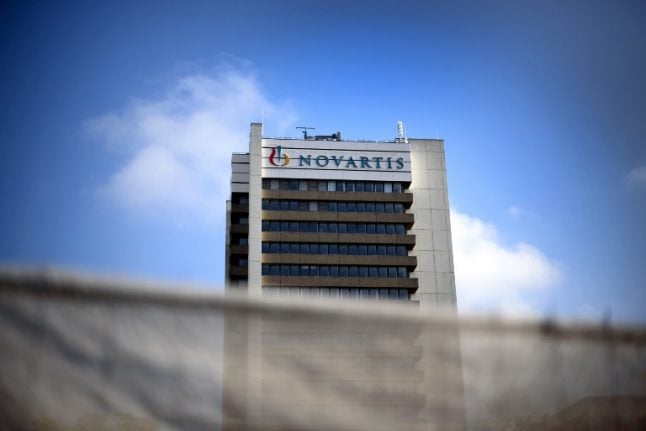 Novartis has denied it was trying to gain access to Trump via payments to a firm controlled by Michael Cohen. Photo: AFP

Ehrat, who has been Group General Counsel and Member of the Executive Committee of Novartis since 2011, is to step down on June 1st in the context of discussions surrounding payments to Michael Cohen’s Essential Communications, the company said in a statement.

Read also: Novartis under fire over $1.2 million in payments to Trump lawyer

“Although the contract was legally in order, it was an error. As a co-signatory with our former CEO [Joe Jimenez], I take personal responsibility to bring the public debate on this matter to an end,” said Ehrat of his decision to leave the firm.

That decision comes a week after it emerged the Novartis subsidiary Novartis Investments S.A.R.L. paid $100,000 a month for 12 months to Essential Consultants, which is owned and controlled by Donald Trump’s lawyer Michael Cohen.

After the news broke of the Novartis deal, US media speculated the Swiss firm had been trying to gain access to the US president. They pointed to the fact Novartis CEO Vas Narasimhan was one of a group of business leaders who dined with Trump at the World Economic Forum in Davos in January.

In a May 9th statement, Novartis acknowledged the payments but denied any attempt to buy political influence.

“With the recent change in administration, Novartis believed that Michael Cohen could advise the company as to how the Trump administration might approach certain US healthcare policy matters, including the Affordable Care Act,” Novartis stated.

In an interview with business news outlet Bloomberg published on Wednesday, former Novartis CEO Joe Jimenez said: “Michael Cohen was somebody who was introduced to us, and he was unknown to us, but he was said to be somebody who could help.

“After my team met with him individually, it was clear that he oversold his abilities.”

Jimenez said he had wanted to terminate the 12-month deal with Essential Communications as soon as he realised this was the case but decided against doing so because of potential legal costs involved – a decision he now considers a “mistake”.

He also said Cohen stated he would not provide any lobbing services.

Novartis CEO Narasimhan this week conducted a conference call with 5,000 managers in which he said the firm needed to re-examine its lobbying practices, Bloomberg said, citing a source close to the matter.

No criminal proceedings in Switzerland at this stage

The Office of the Attorney General of Switzerland (OAG) on Tuesday confirmed to The Local via email that it has taken note of the media coverage regarding the Novartis issue and is in contact with its colleagues from the Public Prosecutor’s Office of the Canton of Basel.

“The OAG is not conducting any criminal proceedings in this context at present. No additional information can be given for the time being,” the office said.