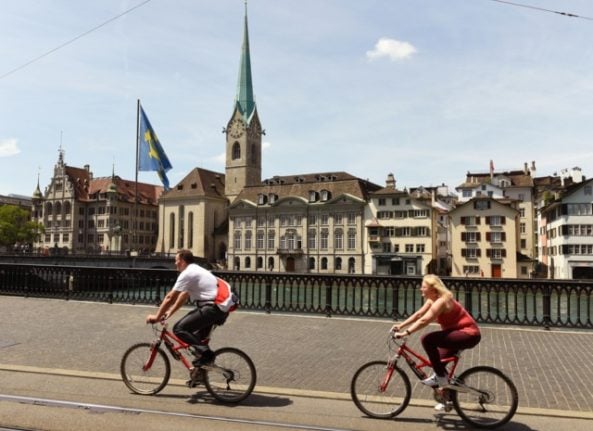 That drama was played out in miniature in Zurich City Council on Wednesday night when councillors debated changes to the law that would allow cyclists to run some red lights in the city.

The proposal put forward by the Green Liberals would see the Swiss city follow the lead of Paris in introducing a modified form of the so-called Idaho stop in a bid to make cycling safer and easier.

Since 2015, cyclists in the French capital have been able to cycle through a red light when there is a special yellow sign (see below) indicating this is legal.

The new Paris rules only apply to right turns or going straight at a T-junction and are part of a push to encourage cycling in the French capital. In effect, red lights have become give way signs with cyclists having to take due care.

This is what the Green Liberals in Zurich were pushing for on Wednesday. Opponents accused the party of pandering to their electorate and said the change would legalise illegal behaviour by cyclists.

The Evangelical People's Party of Switzerland said traffic rules should apply to everyone and that the proposed changes would overly complicated the situation.

But the Green Liberals won the day with 70 councillors backing the proposal and 45 voting against, Zurich daily the Tages Anzeiger reported. The city must now look at how it will roll out the changes.

A 2010 University of California , Berkeley study comparing Boise, Idaho, and the Californian cities of Sacramento and Bakersfield – all of which have roughly the same number of bike riders and similar topography – found Sacramento had 30.5 percent more bicycle accidents than Boise while that figure was 150 percent higher in Bakersfield.