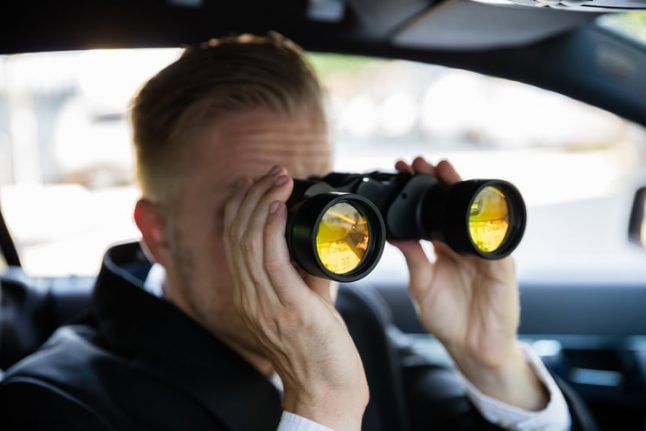 Under Switzerland's system of direct democracy, any new or revised law can be contested in a so-called option referendum if individuals can collect 50,000 signatures within 100 days.

That is the case with Switzerland’s social detective law which grants so-called social detectives working for all of Switzerland's social welfare agencies, including the unemployment office, extensive rights to track suspected benefits cheats.

Read also: Switzerland can now use GPS and drones to fight benefit fraud

Under the new law, those agencies can make voice and video recordings of suspected cheats in both public areas and private areas that are clearly visible from a public location – such as balconies and gardens, though not people’s bedrooms – without a judge's sign off.

The use of GPS devices and drones would also be possible, although the Swiss government this week clarified that social detectives would need judicial authorisation to use such equipment.

But now a group comprising the author Sibylle Berg, human rights lawyer Philip Stolkin and student Dimitri Rougy have organised the collection of the 50,000 signatures required to force the Swiss to vote on the new law – with a month to spare.

Swiss lawmakers drew up the legislation after European and federal Swiss courts ruled that Switzerland's workplace accident (Suva) and disability insurance (IV) agencies had carried out extensive surveillance on suspected cheats without the necessary legislative framework being in place.

A poll carried out by media group TA media in April showed support for the new law running at 62 percent.

But opponents argue possible benefit fraud is a matter for the authorities and not for private detectives. They say the new legislation does not respect individuals’ rights to privacy and fails to specify the conditions under which surveillance can take place.

Meanwhile, campaign organiser Philip Stolkin said the law had been forced through in record time after the Swiss government caved to lobbying from the country's powerful insurance industry.

“All of us will need insurance money at some stage. That means we must also count on being spied on at some stage,” he told Swiss broadcaster SRF in May.