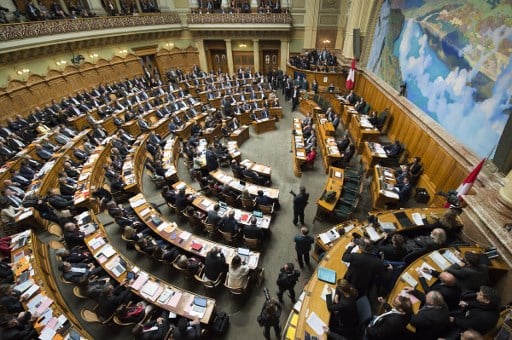 The so-called Tax Proposal 17 is aimed at making Switzerland more competitive while also falling into line with international standards.

During a debate on Thursday the smaller of the two chambers of parliament, the Council of States, gave its approval to linking the tax reform with an overhaul of state pension provision.

The larger chamber, the National Council, will consider the proposal during the autumn session of parliament.

It’s hoped the move will make the corporate tax reform more palatable to voters – who overwhelmingly rejected the last attempt in February 2017 – and also relieve the pressure on the AVS/AHV.

Under the new plan family allowances will be increased in a bid to win popular support.

Maurer described the deal which gained grudging support from both the left and the centre parties in the Council of States as “a little masterpiece of political compromise”, 20 Minuten reported.

But conservative BDP and People’s Party parliamentarians objected to the linking of corporate tax and the pension scheme, saying voters would have to give a single yes or no to two very different things.

If accepted the new tax reform will see the cantons receive around one billion francs more from federal reserves allowing them to introduce a general reduction in company tax.

Companies will gain around 2 billion francs as their federal, cantonal and communal tax bills will all be lowered.

The finance minister hopes to have the reform implemented by 2019.

The Organisation for Economic Cooperation and Development (OECD) has argued Switzerland's current system is anti-competitive since foreign companies are treated more favourably than domestic ones.