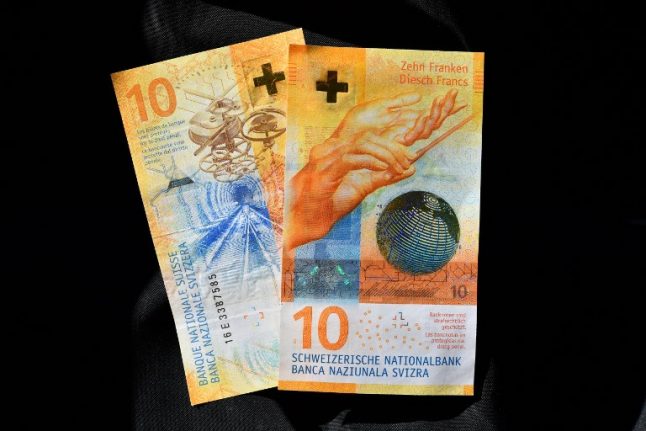 At present the SNB only creates legal tender in the form of banknotes and coins, which make up around 10 percent of all money in the system, according to the supporters of the ‘sovereign money' initiative.

The rest of the money in the system is electronic or book money which is “created”, within a range of legal and commercial constraints, by commercial banks (for example, when they lend someone money to buy a house), and which is used for cash-free payments between accounts.

Banks only hold a percentage of the total money customers have on their accounts: a system known as fractional reserve banking. Supporters of the sovereign money initiative say many loans made by commercial banks are “fake” loans are not actually backed by capital at the SNB.

Uli Maurer, a former Swiss Confederation president – talking in a press conference shortly after the preliminary vote results were issued – said the campaign had generated a “good discussion” around the topic, “an academic but important one.” The turnout was 33.8 per cent.

It was a busy weekend overall for Swiss referendums. Voters in the French-speaking southwestern Swiss canton of Valais rejected a proposal for the region's main city Sion to host the 2026 Winter Olympics. Preliminary results show that 54 per cent of voters in Valais were put off by the €84 million price tag of hosting the event.

Talking shortly after the preliminary results were published, André Simonazzi, spokesman for the Federal Swiss Council, said the city of Sion would no longer candidate itself to host the games as such such events require “popular support.”

In another nationwide vote held on Sunday, June 10th, the Swiss voted 72 per cent in favour of the Gambling Act, which denies foreign gambling companies a license to operate in Switzerland.

The law, which is set to take effect next year, will be among the strictest in Europe, allowing only casinos and gaming companies certified in Switzerland to operate in the country, including on the internet.