The diplomat, who is attached to the Iranian embassy in Austria, was detained in Germany on Saturday over a foiled attack on a rally of thousands of Iranian opposition supporters in the French capital.

Details of his arrest emerged as Rouhani began a European tour seeking assurances about the Iranian nuclear deal, which has been thrown in to doubt after the unilateral withdrawal of the US.

And on Tuesday, the Austrian foreign ministry summoned the Iranian envoy to request that Tehran “lift the (diplomat's) immunity”.

Ministry spokesman Matthias Forenbacher said the unnamed diplomat a would be “deprived of his diplomatic status within 48 hours because of the existence of a European arrest warrant” against him.

“How convenient: Just as we embark on a presidential visit to Europe, an alleged Iranian operation and its 'plotters' arrested,” Mohammad Javad Zarif tweeted.

After arriving in Switzerland on Monday, the Iranian president held talks with his counterpart Alain Berset on Tuesday in a meeting Tehran said was of “crucial importance” for cooperation between the Islamic Republic and Europe.

Rouhani was on Wednesday due in Vienna, where the 2015 nuclear deal was signed, to meet Chancellor Sebastian Kurz and President Alexander Van der Bellen.

The withdrawal has paved the way for new US sanctions against Tehran and foreign companies that trade or invest with it, causing several major businesses, including in Austria, to stop activity in the country.

The diplomat was one of six people arrested in Belgium, France and Germany over the alleged plot against Saturday's rally in a Paris suburb, organised by the National Council of Resistance of Iran.

The rally was also attended by leading US figures, including close allies of President Donald Trump.

Federal prosecutors in Brussels first revealed the arrests, charging a husband and wife they described as Belgian nationals “of Iranian origin”.

They said the Iranian diplomat in Vienna was believed to be a contact of the couple. 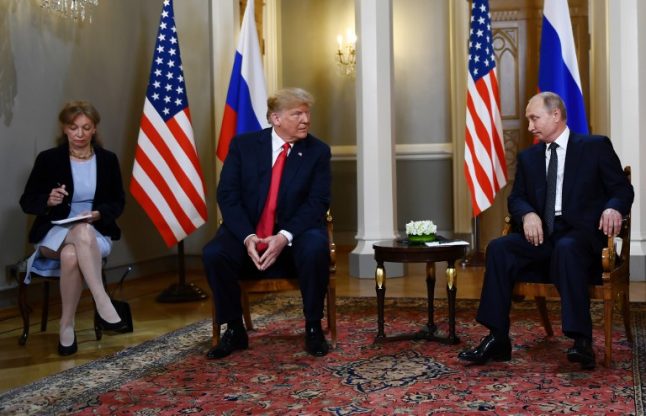