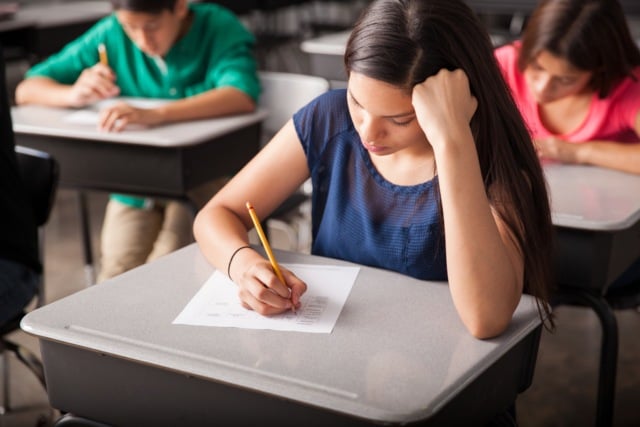 This is one of the findings of the new Credit Suisse Youth Barometer 2018, published on Monday.

The study looked at the attitudes and concerns of 16 to 25-year-olds in Switzerland, Brazil, Singapore and the United States.

It found that the number of young Swiss people who view immigration as “a very big problem” had dropped from 21 percent to 12 percent between 2010 and 2018 while the percentage seeing it as a “big problem” declined from 25 percent to 19 percent in the same period.

At the same time, 33 percent of people in this group said relations between young Swiss and foreigners were “fairly amicable” – up from just 11 percent in 2010.

A further 33 percent said these relations were “fairly tense”, half the 66 percent figure of eight years ago.

In a similar vein, the percentage of young Swiss people who said foreigners were an opportunity or an advantage for the country more than doubled from 7 precent in 2010 to 16 percent in 2018.

Study author Cloé Jans described the result as a surprise.

“This is a huge change in the perception of the problem within just a few years,” she said.

She said the change could be down to the fact that the generation of immigrants from the Balkans had now integrated well into Switzerland.

“A lot of young people went to school with people from the Balkans and see them as part of our society,” Jans was quoted as saying on Swiss news site 20 Minuten.

The Credit Suisse study found the greatest worry for young Swiss people was the state pension (AHV/AVS), with 53 percent of 16 to 25-year-olds naming it as one of the biggest five problems facing the country.

In second and third place among concerns were foreigners and immigration (29 percent) and asylum seekers and refugees (28 percent).

The study involving interviews with 1,000 young Swiss people also found that 87 percent of people in this group rated honesty as extremely important or very important. For ‘having friends I can count on’ this figure was 86 percent and for ‘balancing leisure time and career’ it was 81 percent.

But ‘having lots of money’ scored just 23 percent. ‘Having a good career’ was rated as extremely important or very important by 37 percent of 16 to 25-year-olds surveyed.