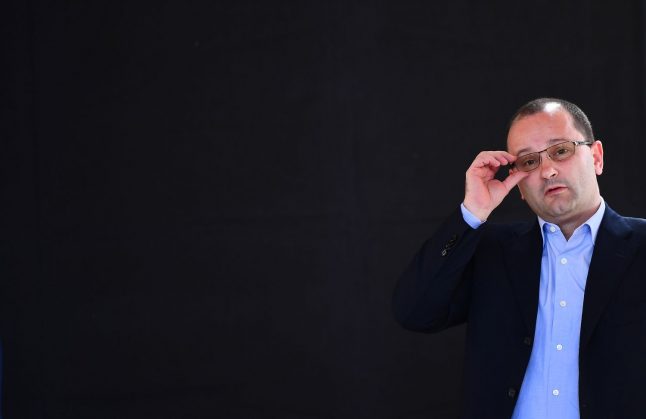 A file photo taken on May 16, 2017 of Patrick Baumann, president of the IOC Evaluation Commission for the 2024 Olympic Games, during a press conference in Paris. Photo: Franck Fife/AFP.

“This is a great shock, which has hit us all very hard. We can hardly believe this terrible news. Particularly since, even today, we have seen him working hard, as we always knew him, for the sport he loved,” said IOC president Thomas Bach.

“We lose a young and sympathetic leader full of hope who was standing for the future of sport. Our thoughts are with his wife, his children and his family.”

An IOC member since 2007, Baumann recently chaired the evaluation commission for the 2024 Olympic Games and was then vice-chair of the Coordination Commission for those Games after Paris were awarded the right to host them.

A former basketball player, coach and referee, Baumann was deputy secretary general (1995-2002) of the International Basketball Federation (FIBA), and then unanimously appointed as Secretary General by the FIBA Central Board in 2002, a role he had held since.

“Under his leadership, FIBA moved forward by leaps and bounds, with the organisation modernising itself to the extent of becoming a model which fellow international federations followed,” FIBA president Horacio Muratore said in a statement.

Muratore credited Baumann with launching 3×3, basketball's urban discipline which became a part of the sport's programme at the Olympics.

“Without doubt we would not be where we are today were it not for everything that he did,” Muratore said.

“His unwavering commitment, tireless work ethic and pure passion for basketball mean he will forever have his place in FIBA's history.”

Trained as a lawyer, Baumann was also a member of the executive committee of the World Anti-Doping Agency (WADA) and president of SportAccord.