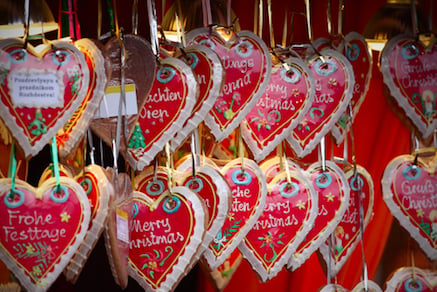 Here are a few suggestions to get you started… The Christmas Market in Basel is said to be the oldest in Switzerland, and the people living in the city are well known for getting into the festive spirit with lights and decorations. No wonder, then, that there is not one but three Christmas Markets to enjoy there. Basel's offering is known as one of the biggest and best markets in Switzerland and was recently voted as the 8th best in Europe – so naturally there is a whole lot of fun to be had.

The children's railway, craft workshops, the delicious Basel Läckerli (a hard, spiced type of biscuit) and performances from the Basel Music Academy are just some of the reasons you might want to stop by. More information can be found here, and the markets run from November 22nd until December 23rd.

Einsiedeln might be small but its Christmas Market is known as one of Switzerland’s best. As well as offering 130 stalls, the market is said to be the home of the world’s largest nativity scene – with a whopping 450 colourful figurines telling the story of the birth of Jesus.

The stunning backdrop of the Benedictine Einsiedeln Abbey and its twin spires adds to the fairy-tale feeling and the nearby gingerbread (which is a local speciality) museum really puts the icing on the Christmas cake. Runs from December 1st until December 9th. Like Einsiedeln, Zofingen isn’t the biggest. But its “Christmas Market of the Senses” is worthy of a mention for the way it does things differently from most by offering guests a sensory experience. The focus this year is on scent and smell. The market offers more than 200 stalls within the cosy old town setting – and there’s a support programme to keep you entertained too. Short and sweet, the market runs from December 7th to December 9th.

The Christmas Market in St Gallen is another popular one – and for good reason. During advent, the city is lit up by 700 stars and illuminations cover the streets and the stunning medieval abbey district. Guests can enjoy an advent tour of the city and a concert within a UNESCO World Heritage site cathedral. The market features a selection of handmade products and, for any carnivores out there, the region’s traditional sausage is well worth trying.

The medieval town of Bremgarten in Aargau hosts one of Switzerland’s bigger Christmas Markets, with more than 320 stalls filled with trinkets and delicacies to browse. It is well worth a visit if only so you can say that you've been – but be warned; the Bremgarten market is popular and is usually very, very busy. So, if large crowds of people upset you, then you might want to try one of the smaller options. Flying perhaps a little under the radar, the Christkindlimärt in Willisau, canton Lucerne, is nonetheless a bit of a favourite with locals. The romantic old-town setting and the daily performances compliment the festive feeling and there’s a packed programme to keep the kids happy. Don’t miss the yodelling Christmas concert, and make sure you try some Ringli – a sweet local delicacy that's a bit like a very crispy doughnut. Running for just three days, the Christkindlimärt opens on December 7th and closes on December 9th. Ticino is always worth a visit but perhaps even more so when it’s Christmas time. Featuring a market inside a UNESCO World Heritage site castle, a massive (2000 square metre) ice rink in Locarno’s Piazza Grande and all the usual festive fun with a distinctly Mediterranean flavour, this one is not to be missed. Dates vary in different places, but markets will be open between November 22nd and January 6th.

Set in and around the town’s stunning medieval castle, the Christmas Market in Yverdon-les-Bains is a mostly traditional affair that is notable for being a little more relaxing than some of its peers. You’re unlikely to have to fight your way through the crowd here, giving you more time to enjoy a few drinks and soak up the Christmas spirit. The stalls mostly feature regional produce (including local beers) and there’s also an ice-rink to enjoy too.

For more than 30 years, Bern's Christmas Market has aimed to offer guests what it calls a quiet and sensitive take on Christmas markets. Featuring arts and crafts of the “highest quality”, the market is set in front of the imposing Munster cathedral and runs from December 1st to December 24th. It is also run entirely on renewable Swiss energy. Neuchatel’s Christmas Market has been dubbed Switzerland’s “largest indoor market of craft-creators” and organisers put a particular emphasis on showcasing the region’s craft and culinary specialities. Plus, the fact that it is indoors means you won’t have to worry about the weather. Runs from December 8th to December 16th.

The Christmas Market in Morges isn't the biggest but it does win points for its historic qualities as it is set in and around a castle that dates back to the 13th century. This year, the castle grounds will be home to 20 chalets that surround a large tented restaurant area. There will also be a healthy selection of artisan stalls and attractions to keep children interested.

Every year, Lucerne's Franciscan square in the heart of the city's old town is converted into a winter wonderland full of colourful wooden houses. Nestled away from the hustle and bustle of the city centre, the market is rightfully known as being one of Switzerland's most attractive. With around 70 stalls to enjoy and a variety of entertainment for children, the market runs from November 30th to December 19th.

The Christmas Market in Interlaken is built around the massive Ice Magic skating complex (3000 square metres), which features five rinks all linked by runways. If you're not confident on the ice then fear not as you can sign up for lessons and, bringing a taste of Scotland to Swiss markets, there is also a curling lane you can book.

Of course, there's also more than 100 stalls to browse and a new chalet-style restaurant to enjoy. The market runs from November 24th until December 23rd but Ice Magic only opens on December 15th. Now in its 24th year, the Christmas Market in Montreux is known for its grandeur and spectacle. Stretching along the lake promenade (which is, of course, specially lit up for the occasion), the market offers thousands of gift ideas for grown-ups and children alike.

New attractions this year include a 3D light show, craft workshops for kids, a gourmet area and an open-late bar. Or just stick with the classics and visit Santa Claus, enjoy the carnival rides then wash it all down with some tasty grub and Glühwein. Runs from November 22nd to December 24th.

Christmas in Lausanne is like nowhere else. “Traditional but extremely modern” is the tagline they like to use and maybe that's accurate. The annual festival of lights sees installations set up all over town and, even if they sometimes have very little to do with Christmas, they do help boost spirits.

Markets in Lausanne are actually held in three different locations, with each having its own style. There's lots for the kids to enjoy, a nice selection of local craftwork to browse and, of course, lots of wine. Markets run between November 21st and December 31st, more information on locations here. 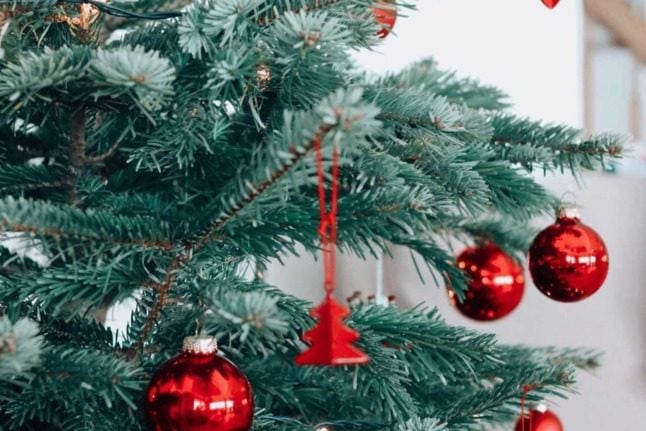 CHRISTMAS
Reader question: How do I dispose of my Christmas tree in Zurich? 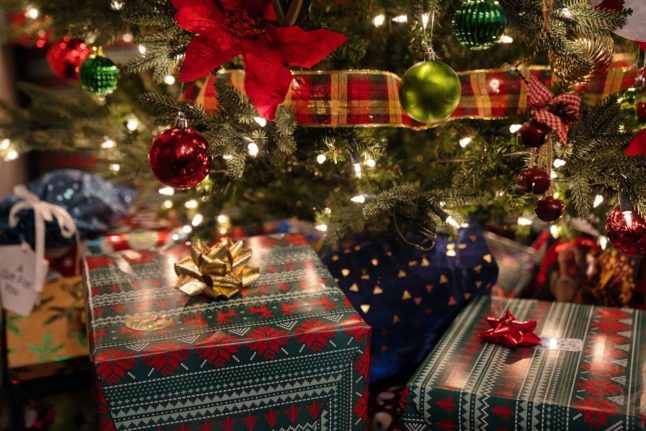