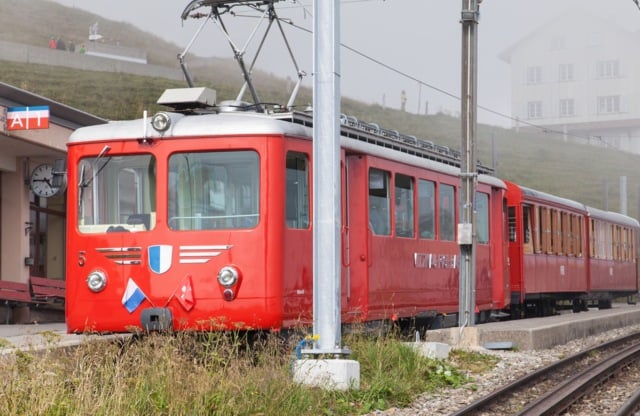 The 69-year-old man was hit by a train between the Rigi Staffel and Rigi Kulm stations on the mountain’s cogwheel railway line at around 2.45pm on Monday afternoon.

His injuries were so severe that emergency services were unable to help him, police in the canton of Schwyz said a in a statement.

Police said there was thick fog at the time of the accident, and investigations were now underway.

“He had lost contact with his travel group, but we do not yet know how we ended up on the train tracks,” a spokesperson for the cantonal police force told Swiss news site 20 Minuten.

A support team and the South Korean embassy officials are providing assistance to the rest of the tour group.

Passengers on the train involved in the accident where unaware of what had occurred, 20 Minuten reported. They were made to leave the train and walk to the next station.