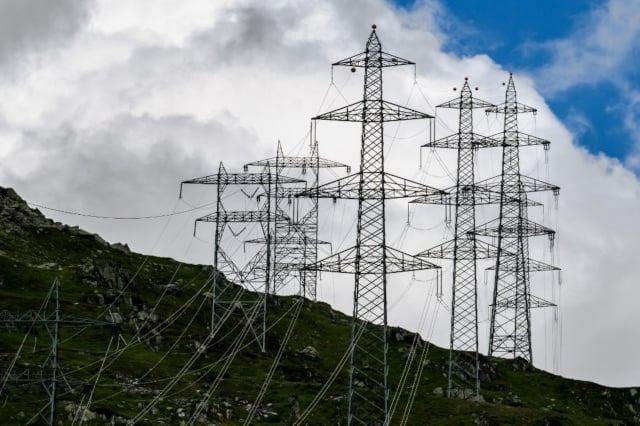 Here’s what the FSO has to say on the matter:

Switzerland consumes 2.9 times the amount of natural resources that are available per capita worldwide. We are therefore living at the expense of future generations and of other regions of the world.

The Swiss have been living on credit, as it were, since before 1961 — the first year for which the Global Footprint Network provides figures. Back in 1961 they were already using up 1.28 Earths.

How does it compare?

Switzerland is hardly the worst offender. In 2005 the United States was consuming on the assumption that we had six planets at our disposal; it was down to five by 2014. Sweden also does significantly worse than Switzerland, using up around four Earth’s worth of resources. The Swiss could get offended and make this point the next time someone thinks they’re from Sweden, but somehow saying, “Hey, I only use up three planets—they use four,” doesn’t seem a very satisfying retort.

Where does the footprint come from?

Three quarters of Switzerland’s triple-earth ecological footprint is due to the consumption of fossil fuels. This is particularly disturbing when you consider that Swiss electrical power comes almost exclusively from hydro and nuclear plants, (59.6 percent hydro, 31.7 percent nuclear); that Switzerland has the most intensively-used railway system in the world (with 90 percent of its energy coming from hydropower); and that its recycling practices were recently ranked fifth internationally by the environmental consultancy firm Eunomia Research: 49.7 percent of the manufacturing and household waste produced in Switzerland gets recycled. (Switzerland is beaten out by Germany, Austria, South Korea and Wales.)

Still, despite the excellent railways, there are 4.5 million cars on Swiss roads—that’s three cars for every Swiss cow. Each one of them covers (on average) 34 kilometres per day. And while a popular initiative to ban fossil fuels entirely by 2050 (Glacier initiative) is currently collecting signatures, and even has some moderate politicians on board, the opposition is already making loud noises.

Not that the Glacier initiative will save the glaciers. As glaciologist Matthias Huss of Zurich's ETH technology institute says, “There’s no rescuing Swiss glaciers. Any slowdown in global warming will come too late.”

“I only hope,” says Samuel Nussbaumer of the University of Zurich, “that we will be able to preserve at least a few small pieces of the very highest glaciers.”

It gets worse. The ecological footprint doesn’t take into account the destruction of ecosystems or the loss of biodiversity. And behind the pristine picture of Swiss alpine agriculture, and behind all that “clean” hydropower, lurk more demons. Hydropower (also known as “white coal”) involves the large-scale destruction of ecosystems: the displacement and straightening of streams and the construction of the artificial lakes, dams and transmission lines which have come to dominate the Alpine landscape.

And speaking of cows—those lush green meadows that you see during the summer months are so lush and green because they have been sprayed with slurry, a heady mix of manure and urine that ages in tanks under most Swiss barns. Slurry fumes are toxic enough to kill both cattle and humans (for example, the Irish rugby star Nevin Spence in 2012, and a group of seven cows on a Swiss farm in 2013).

The picture postcard side of Swiss agriculture has a dark side. Photo: AFP

The richly fertilised grass significantly ups milk production, but other forms of plant and animal life don’t fare so well — the rich alpine flora gets killed off by the overwhelming power of the slurry. And with the flowers go the insects, and with the insects the small vertebrates and birds. Slurry is thus responsible for a terrible loss of biodiversity in Swiss meadows — so much so that the government pays farmers not to spray it.

But we’re not finished yet. All that slurry deposits far too much nitrogen in the soil — 60 percent more than it can handle, according to Swiss government studies — and from the ground the nitrogen ends up in the water. Some 45 percent of streams and ponds on Swiss agricultural land contain more than the permitted maximum level of nitrates, and this kills both water life and birds.

Slurry, regular manure, and the flatulence and belching of cows together make up the number one source of methane and nitrous oxide released into Swiss air, and Swiss agriculture overall produces — again according to government studies — around 14 percent of the greenhouse gases released in the entire country.

Switzerland is particularly vulnerable to climate change. Climate physicist Reto Knutti of ETH notes that: “Seen historically, the temperature increase in Switzerland has been about double the world average—worldwide one degree since pre-industrial times, but in Switzerland two.”

This is partly due to the melting of glaciers and the earlier melting of snow in the spring. The snow and ice melt because the air is warmer and the air then gets warmer because it’s not cooled (and the sunlight is not reflected) by the snow and ice—a vicious loop.

Switzerland's Aletsch Glacier is the largest in the Alps. File photo: AFP

Of course, this doesn’t bode well for the ski industry. Knutti points out that by the end of the century, assuming a “moderate emissions scenario”, the snow season will be shorter by four to eight weeks, and the snow level will lie some 500 to 700 metres higher than it does today. “For all ski areas at intermediate altitudes—that is, between 1000 and 2000 metres—things will become very problematic.”

Very problematic indeed. And yet another incentive to cut down on the number of Earths that Switzerland is using up.

Ashley Curtis is the author “Why Do The Swiss Have Such Great Sex: Extraordinary Answers to 66 Improbable Questions about Switzerland”, published by Bergli Books.