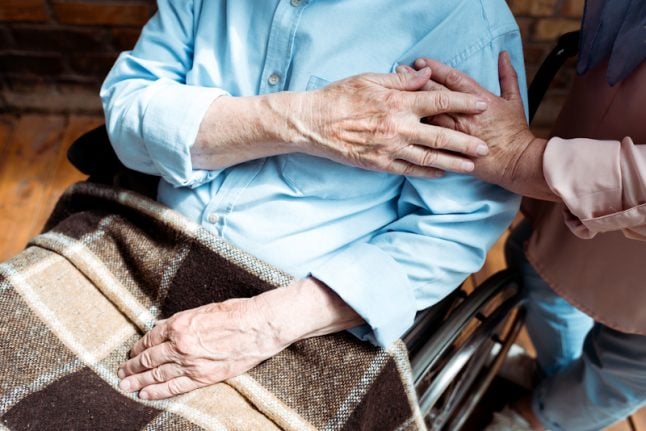 File photo: Depositphotos
However the doctor was convicted of violating drugs laws and received a 15-month suspended sentence and a 20,000 franc fine, reported news agencies.
Assisted suicide is legal in Switzerland, under strict conditions, one of which is that the patient must be considered to have the mental capacity to know what he or she is doing.
In this case, the patient, in her 60s, was suffering not only from physical ailments but also from depression, which, claimed the prosecution, affected her judgement.
The doctor, president of assisted suicide organisation Life Circle/Eternal Spirit, was acting out of “personal idealism”, said the prosecution.
The defence argued that the doctor had lawfully evaluated the patient and considered her capable of making the decision to die before she took the lethal drug.
A psychological report submitted after the woman’s death stated that the patient suffered from serious depression which could have affected her willingness to die.
However, despite considering the report reliable, the court judges said the patient was nevertheless capable of knowing the consequences of her choice to die. She had correctly evaluated her quality of life and loss of autonomy, they said. Further medical treatment would only have eased her symptoms in the very best case scenario.
Though acquitted of murder, the doctor was found guilty of violating the rules surrounding drugs used for assisted suicide, which are strictly regulated in Switzerland.
READ ALSO: What you need to know about assisted suicide in Switzerland
Assisted suicide was legalised in Switzerland in 1918, and the current law dating from 1942 makes assistance to suicide legal on the condition that the assisting party derive no substantial financial gain from it.
According to the law, anyone can benefit from suicide assistance if they meet certain conditions, including having a persistent wish to die, not acting on impulse, being capable of sound judgement and not being influenced by a third party.
However established organisations like Exit will only treat people with unbearable symptoms, unacceptable disabilities or hopeless prognoses. It is rare that they assist people with a psychological disorder.
The person wishing to die must be able to take the lethal drug on their own.