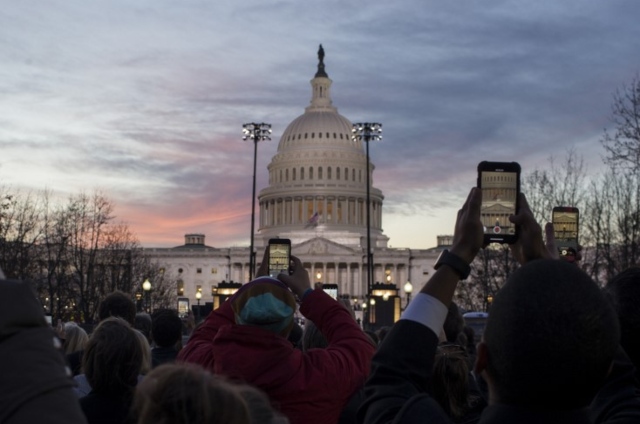 A file image of the Capitol Building in Washington. Photo: AFP

The DTA means exchange of information on tax matters between the two countries will now be easier.

Some 100 countries, including Switzerland, have committed to implementing the AEOI but the US has taken a different path by implementing its own standard – the FATCA.

Under the new Swiss–US treaty, which will apply to requests for information on financial accounts from September 23rd 1999 onward, tax evasion and tax fraud are now identical.

Group requests – or requests for information on financial accounts for group of people where individuals are not named – will also be possible provided they are dated from June 30th, 2014 on.

Another feature of the treaty is that dividends paid to individual retirement arrangements – 'pillar 3a' in Switzerland – will be exempt from withholding tax from January 1st, 2020, according to the Swiss State Secretariat for International Finance (SIF).

In a statement, the SIF also noted a mandatory arbitration clause “ensures that double taxation is avoided even in cases where the competent authorities cannot reach an agreement in the mutual agreement procedure”.

Origins in tax row between US and Switzerland

The Swiss parliament signed off on the DTA back in 2010 but it has been held up in the US for nearly a decade.

The SIF described the DTA as a “milestone in the tax relations between Switzerland and the US” but noted further revisions are now necessary to bring it up to date with developments in recent years.

The Swiss–US DTA has its origins in the tax row between the two countries that erupted during the global financial crisis with the US demanding information on US clients suspected of hiding their money in Switzerland.