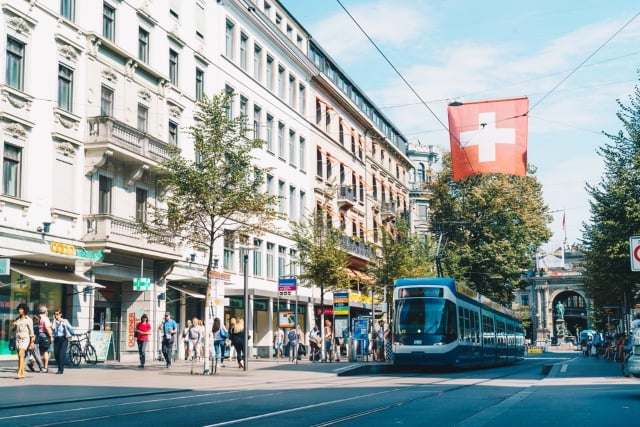 In an interview with Swiss daily Tages Anzeiger, the CEO of Zurich Tourism, Martin Sturzenegger, said that the city should extend trading hours to appeal to the increasing numbers of visitors from the US, India and the Gulf States.

He said that many of these visitors were from large cities where shopping was an essential part of the lifestyle.

In comments designed to spark debate on the issue, the tourism boss also said Sunday shopping would be a shot in the arm for a retail sector that was coming under increasing threat from online sales or from people shopping across the border in Germany.

“Sunday shopping could also help firms because then they would be open when Zurich locals have time to shop,” he said.

Sturzenegger conceded the idea of Sunday shopping was “politically sensitive” [because of potential conflict between unions and shop owners] and that it was not clear how the idea would be received by residents or unions.

The tourism director said Zurich had analysed the situation in locations like Luzern and Interlaken where Sunday shopping already exists. The next step was to discuss the possibility with retailers, he said.

But the head of the federation of trade unions in the canton of Zurich, Markus Bischoff, said Zurich already had liberal opening hours and that calling for Sunday shopping would be “a declaration of war”.

Meanwhile, Lorenz Keller, the co-director of the union Unia for Zürich-Schaffhausen, said that the Zurich tourism director was trying to change workplace laws “via the back door” and that the proposals would only help large retailers while smaller businesses would not benefit.

Currently, shops in Zurich can open from 6am to 11pm from Monday to Sunday, although many open from 9am to 8pm. On Sunday, only shops at train stations and at the airport, as well as petrol station stores, are allowed to be open.