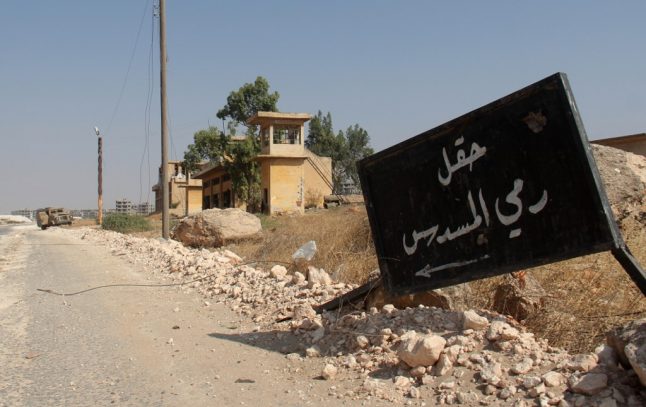 Swiss media reported the man was linked to the Al-Nusra Front in Syria. File photo: AFP

The Swiss State Secretariat for Migration (SEM) said it had decided to revoke the nationality of a dual citizen who had received a lengthy prison sentence for spreading “propaganda and recruiting fighters for an Islamist terrorist organisation”.

In a statement (here in German), it argued that Swiss law made it possible to revoke citizenship for a dual national “who has seriously harmed Switzerland's interests and reputation, and who has thus compromised the country's security.”

He can still appeal the decision to Switzerland's highest court.

The SEM did not identify the man or say which other nationality the held, nor which terrorist organisation he was convicted of recruiting for.

According to Swiss daily Blick however, the man in question was a 33-year-old Turkish-Swiss citizen who had been sentenced to two-and-a-half years behind bars over his activities in Switzerland linked to the Al-Nusra Front in Syria.

In late May, Bern said it had identified around “a dozen dual nationals suspected of participating in crimes linked to terrorist activities abroad.”

It said at the time that criminal proceedings had been launched against most of them, while the others were already in detention abroad where they also faced criminal charges.