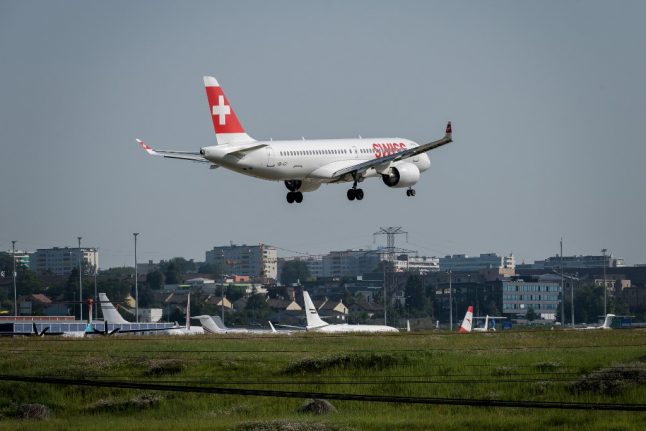 A Swiss International Air Lines Airbus A220 commercial plane with registration HB-JCF is landing at Geneva Airport on June 26, 2019 in Geneva.

The airline said checks proved their engines were in “perfect condition.”

The announcement came after Swiss urgently grounded its entire fleet of A220s, which counted 29 aircraft, on Tuesday after one of the planes experienced technical problems.

Seventeen of the “aircraft have already been inspected. The engines are in perfect condition, so that 12 aircraft have returned to regular flight operations,” Swiss said in a statement, adding that an additional five should be cleared to fly later on Wednesday.

Swiss expects regular operations to be fully restored on Thursday, the company said.

The grounding of the Swiss fleet came after Airbus A220s — initially known as the Bombardier C Series — were involved in eight separate engine-linked incidents in just over a year, according to Swiss public broadcaster RTS, which cited the Aviation Herald.

The latest came on Tuesday, when a Swiss flight from London to Geneva was rerouted to Paris after an incident that raised questions about the engine on the model.

France's investigation and analysis bureau BEA has also sent out a call for volunteers to help find pieces of an engine dropped by a Swiss-flown Airbus A220 over Yonne in July.

And the Federal Aviation Administration in the US last month issued a so-called “Airworthiness Directive” requiring inspections of the Pratt & Whitney engines that equip the A220 following the event in July and a similar incident in September.

“Swiss takes these incidents very seriously and continues to maintain close contact with the responsible authorities,” the company said.