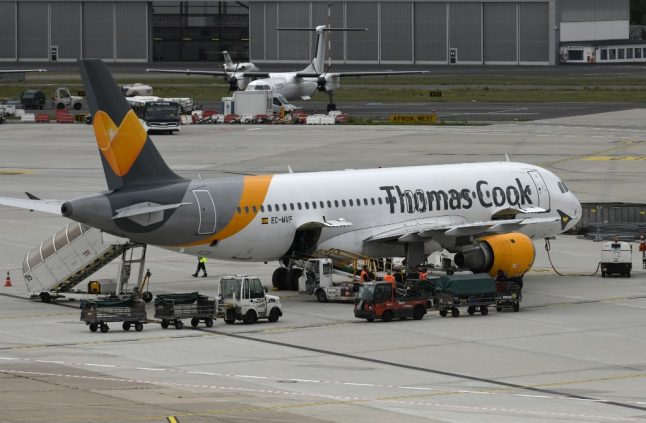 Internationally, more than 60,000 claims for refunds have been submitted. Photo: Ina Fassbender/AFP

Claims for millions of francs are filed in what could be one of the biggest bankruptcies in Switzerland's history.

Legal action was launched against the Swiss subsidiary just days after the British tour operator, which was present in 30 countries, announced its insolvency on September 23rd.

“So far, we have received at least 5,150 claims”, said Adrian Gygax, Deputy Director of the Federal Office of Bankruptcy in Schwyz.

He added that more complaints are expected from Thomas Cook's customers and business partners in Switzerland.

While still in operation, the tour operator offered travel packages to Switzerland, mainly to Zurich, Geneva, Bern, and St Moritz.

Internationally, more than 60,000 claims for refunds have been submitted through a special website set up by UK's Civil Aviation Authority.