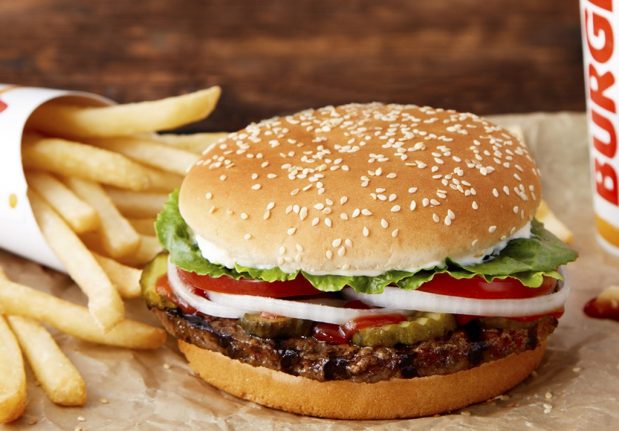 Each day 270,000 people eat at one of 170 McDonald's restaurants in Switzerland. Although figures are unavailable for other fast food chains Switzerland is also home to 61 Burger King restaurants and 50 outlets of Subway, including three new ones in 2019.

Even though Switzerland is consistently ranked among the world’s healthiest and environmentally friendly nations, a recent study in the French-speaking part shows that over 69 percent of those surveyed by RTSinfo.ch feel no guilt — either for their health or for the environment — while chomping on burgers and fries.

The main arguments in favour of fast-foods are the speed ​​of service, followed by the taste, and convenient opening hours.

However, most respondents — 69.1 percent — said it is important to them that all the ingredients used by a fast-food chain are locally sourced.

The findings come just as a new Five Guys burger restaurant is scheduled to open this month in Geneva. The US-based chain already operates another eatery in the city, as well as one in Lausanne.

Best US burger is now in Geneva CH! @FiveGuys pic.twitter.com/8ueN41igSM

But not everyone is happy about the prevalence of fast food restaurants or the kind of food they offer.

In October, some 3,200 Lausanne residents signed a petition asking municipal authorities to limit the number of fast-food eateries allowed to operate in the city, citing “devastating health, social, and environmental consequences” of these meals.