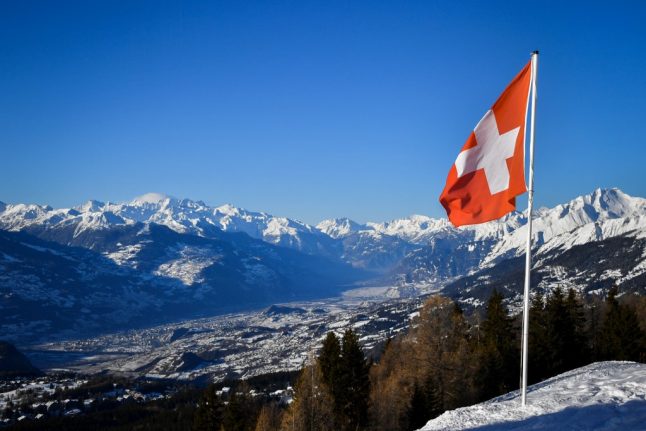 The Human Development Index, which was released by the United Nations last week, ranks Switzerland in the second place among 189 countries in terms of long life, education, and standard of living.

This comes as no surprise to those who follow such research: international studies frequently place Switzerland among the best nations to live in.

High rankings don’t mean that everything is perfect in this Alpine nation — it isn’t.

What it does mean is that specific criteria evaluated in the research are of particularly high standard in Switzerland, especially when compared to other nations.

Some answers as to why the Swiss get consistently high scores in quality-of-life surveys come from the US News & World Report, which rated Switzerland as ‘The Best Country in the World’.

The report based its findings on “low unemployment, a skilled labor force and one of the highest gross domestic products per capita in the world. The country’s strong economy is powered by low corporate tax rates, a highly-developed service sector led by financial services and a high-tech manufacturing industry”.

But there are other factors at play as well, and it seems that Switzerland excels at many of them:

High incomes: Swiss salaries are among the highest in the world. It’s true that not everyone makes loads of money and it’s also true that the cost of living here is high. But surveys are based on averages. According to NationMaster, which collects key data from various sources, “in terms of disposable income Switzerland leads by a huge margin, with an average disposable income of $6300, which is 2 to 3 times that of its neighbours – Germany ($2850), France ($2,760) and Italy ($2,120)”.

Healthcare: Despite widespread complaints about the rising insurance premiums, Switzerland has one of the most efficient and accessible universal health systems in the world, where patients have direct access to all levels of care without referrals, and waiting times are minimal.

Not coincidentally, the Swiss have the highest life expectancy in Europe and second-highest in the world.

Education: Along with high incomes and health, good education and skills are important determinants of quality of life. In Switzerland, 88 percent of adults 26 to 64 years of age have upper secondary education, a number higher than the 78-percent average in the other developed countries belonging to Organisation for Economic Cooperation and Development (OECD).

Quality education is also provided via the system of apprenticeships, and 70 percent of Swiss students opt for the vocational training that this system provides. “It is an important reason why the Swiss middle class has fared so much better than equivalents in most other developed countries” according to Avenir Suisse think tank.

Safety: Being neutral and staying out of wars and international conflicts has made Switzerland safer than many other nations, but the sense of security also comes from the lack of internal political unrest and a relatively low number of violent crimes.

Infrastructure: From a widespread and efficient public transportation system and roads that are in excellent condition, to the internet coverage which has one of the highest penetration rates in Europe, Switzerland’s infrastructure is well maintained. This not only makes life easier and more comfortable for ‘regular’ citizens, but it also provides a good environment for the nation’s economic growth and prosperity.

Good work-life balance: According to OECD, the share of Swiss employees working very long hours is only 0.4 percent — one of the lowest rates in the OECD, where the average is 11 percent.
This means that people have much more time to spend on recreational, leisure or sports activities, which boost their overall well-being and quality of life.

That may be one of the reasons why people in Switzerland are more satisfied with their lives than residents of other OECD nations. When asked to rate their general satisfaction level on a scale from 0 to 10, Swiss people gave it a 7.5 grade —higher than the OECD average of 6.5.

Freedom: Switzerland is rated in the second place worldwide in the Human Freedom Index, which measures personal, civil, and economic freedom. Why is this an important indicator of a high quality of life? Researchers say that “One of the reasons for the political pursuit of freedom is the belief that this will add to greater happiness for a greater number of citizens. The common-sense theory behind this belief is that life will be more satisfying if we can live the way we want”.

Sense of inclusion: Switzerland’s highly participatory form of direct democracy gives all citizens a say in the political process that determines their present and future lives. This system creates a government that is accountable to its citizens. Freedom to make choices fosters the sense of well-being, which, in turn, leads to better quality of life

These are some of the reasons why Switzerland gets such high scores in international rankings.

What do YOU think are the country’s biggest strengths? And weaknesses for that matter? 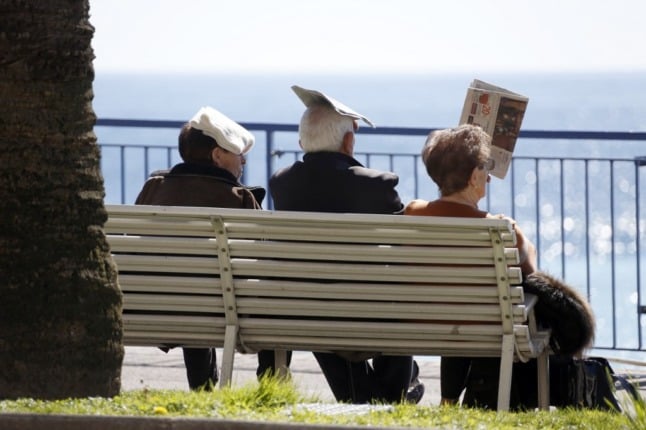 The retirement age in Switzerland is 64 for women and 65 for men. For generations of Swiss people, this differential treatment is standard. The gap used to be bigger. From 1962 to 1997, women retired at 62.
On September 25, Swiss voters will have their say on a reform of the state pension system (AHV / AVS), which would raise the retirement age for women to 65 and use a VAT hike to help finance pensions. The Old Age and Survivors’ Insurance has been running a deficit since 2014 and this reform is billed as a crucial package to keep it viable.

Is earlier retirement for women a historical benefit worth defending or should it be abandoned in the interests of fairness and financial good sense? If women voters alone could decide, the proposal would be rejected.

READ ALSO: Reader question: How long must I work in Switzerland to qualify for a pension?

According to the most recent poll, 64 per cent of women intend to vote against the reform, while 71 of male voters approve of the law. This is a much higher gender difference than is usually seen, even in sex-specific voting issues. These numbers, if sustained, would ultimately deliver a yes vote but leave a bitter taste for women.

As a woman who will be directly affected by this decision in the not-too-distant future – well, 15 years from now – and someone who made all the classic gender-based “mistakes” when it comes to my own pension provision, I don’t see this potential change as a threat. If anything, it is an opportunity, a wake-up call.
Swiss women earn less than men over their lifetimes for several well-documented yet seemingly unshakable reasons. Mostly these relate directly or indirectly to time spent caring for children or other family members.

Caring responsibilities, even the hypothetical possibility of such responsibilities, influence women’s career choices, the number of hours they work, and their income. This burden also influences how women are perceived and rewarded as employees.

READ ALSO: EXPLAINED: How does the Swiss pension system work – and how much will I receive?

But there is also a kind of fatalism on the part of women in long-term partnerships who know they can’t sustain a career as the “main earner” without a “wife-like” partner to rely on, so they do not try. Divorced women usually find it’s too late to catch up.

Three things that are bad for pension provision are career interruptions, part-time hours and lower pay. Yet this is the norm for most working women over the long term, mothers in particular.

As I see it, there are three ways to improve matters. Either women change to behave more like male workers, the system changes to accommodate existing patterns better, or we change the existing family patterns altogether. 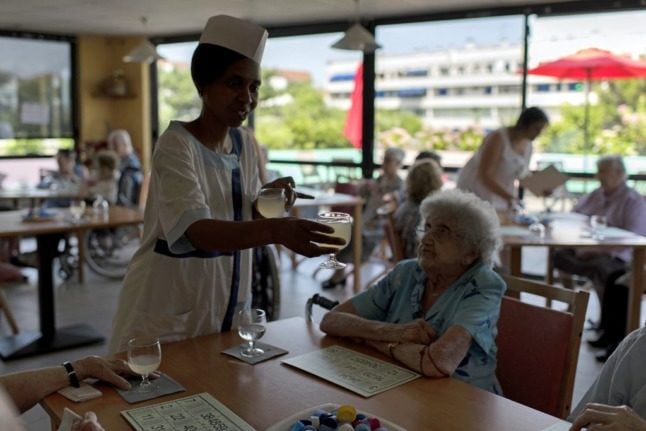 The problem is that mother workers can only become more like father workers when men pick up the slack (choosing family-friendly jobs, reducing their hours, taking family-centred career breaks, leaning in at home). Where else will the spare capacity come from?

READ ALSO: EXPLAINED: Everything you need to know about retiring in Switzerland

I think all three changes need to happen in parallel. Some progress has already been made. There is no point in hanging around with the retirement age reform. It’s one of the few changes that can be achieved with the stroke of a pen.

Those campaigning against harmonising the retirement age say that all the other things dragging down women’s lifetime earnings – the structure of the labour market, lack of affordable childcare, gender pay gap, the persistence of traditional gender roles – need to be fixed first before we demand an extra year of work from women. That seems defeatist and totally impractical to me.

The priority for all is to avoid women having a much greater risk of poverty in old age as they do now, especially divorced women and widows.

Swiss women currently receive 37 percent less than men through all three types of pension provision combined – the state pension, occupational schemes and private pension. The picture in Switzerland is worse than in most industrialised countries because of the prevalence of part-time work for women – a double-edged sword.

Swiss voters turned down two previous proposals to level up the retirement age for women – in 2004 and 2017. However, taking into account the compensatory measures included in the current reform, that potential extra working year should not be viewed as a penalty.

READ ALSO: Reader question: Can I take my pension money with me when I leave Switzerland?

If that year is spent working, not only will the women have their salary, but they will also have the opportunity to contribute a bit more to the two other streams of pension funding – occupational pensions and voluntary private pensions.

Working also means being physically active, having more social interactions and stimulating your brain. These are all pillars of brain health that help protect against the onset of dementia, a disease that women are twice as likely to suffer from.

The absolute refusal to acknowledge that an ageing population and increasing life expectancy require changes to long-standing pension norms is one of the blind spots of the Left in Switzerland. According to the UBS International Pension Gap Index, the proportion of active (working) to retired people will decrease from the current level of 3 to 1 down to 2 to 1 by 2050.

The reasons why Swiss women should retire one year earlier than men are lost of the mists of time. Well, not quite, there was some talk of “physiological disadvantage” and wives keeping their older retired husbands company. It seems rather silly now.

The final justification left for an early exit from the workforce is that it offers some compensation for all the other financial injustices. That’s a passive rather than an active approach to our problems. I see this reform as part of the solution. Let’s get on with it.

LIVING IN SWITZERLAND
How to avoid wasps this summer in Switzerland
Url copied to clipboard!