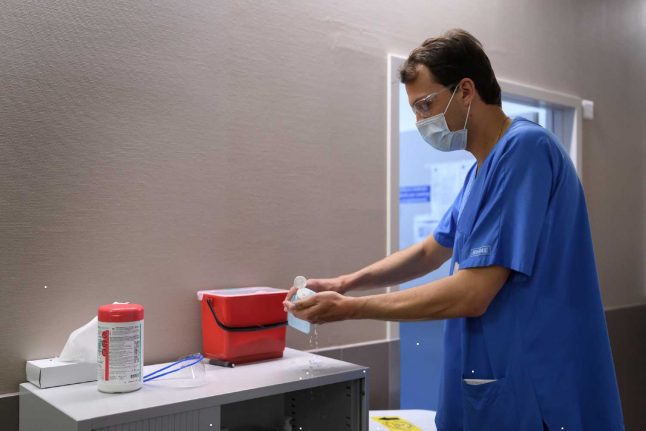 A common complaint from readers of The Local in Switzerland and abroad has been difficulties in accessing testing for coronavirus.

Due to the sheer scale of the coronavirus pandemic, medical authorities must make decisions on who they test – and who they don’t – with the most at-risk groups being prioritised.

As Daniel Koch, a spokesman for the Federal Office of Public Health told the national broadcaster SRF: “We have to stick to the current test strategy because the supply of material is far from certain.”

This can be difficult for people who feel they have similar symptoms and want the reassurance of a test, but are told that they are not in the at-risk priority group and should instead stay home.

Here’s an overview of how testing for coronavirus takes place in Switzerland.

Despite some complains surfacing about difficulty accessing tests in Switzerland, on a comparative basis the country ranks better than most for the number of coronavirus tests it carries out.

Switzerland currently ranks fourth in the world – and second in Europe – for the amount of tests that have been carried out on a per capita basis.

Only the United Arab Emirates, Norway and South Korea have carried out more tests for the coronavirus when compared to population numbers.

Who is tested in Switzerland?

Not everyone in Switzerland can be tested for the virus anytime they want.

People who want to be tested must be showing symptoms of the virus – with the most common being shortness of breath, a dry cough and high fever – and be in a particular risk group in order to be tested.

As with everything in Switzerland, the exact testing policy varies somewhat from canton to canton – with each medical centre having a degree of discretion as to who they test and who they send home.

People exhibiting symptoms who are not in the risk category will occasionally be tested, however they are encouraged to stay home and let their immune system fight the illness in order to free up the available tests for the most at-risk populations. How can I get tested?

Zurich was the first canton where all doctors were equipped to test for the virus, although medical facilities in all cantons can now do so.

Cantonal authorities have warned against going directly hospitals in search of a test, with all hospital visits – along with visits to nursing homes and disability facilities – banned due to fears about spreading the virus.

Instead, the FOPH has also set up a multilingual hotline for questions about Covid-19 available in English, German, French and Italian.

The number, which operates 24 hours a day, is +41 58 463 00 00. People experiencing symptoms should call this number immediately in order to determine whether a test is necessary – and where it should take place.

Each canton also has its own hotline number.

How many people have been tested?

According to Patrick Mathys, head of crisis management at the Federal Office for Public Health, around 8,000 tests are now being conducted in Switzerland every day. That number was around 2,500 at the beginning of epidemic.

As at Thursday morning, March 26th, approximately 91,400 Swiss people have been tested.

How many people have tested negative?

Unlike other countries, Switzerland does not publish the amount of people who have recovered from the virus – which can make it appear that the country has more active cases than it actually does.

When pressed on this at a media conference on March 24th, Mathys said the government was sticking to standardised practice for all statistics regarding illnesses

Mathys said “I keep wondering about this question”. “With flu, we don't ask ourselves this. It's basically simple: either you die from the coronavirus or you recover.”

How does Switzerland test for coronavirus?

As it stands, the vast majority of coronavirus tests are done at medical facilities in Switzerland.

In most cantons, members of the public who want to be tested and who fall into the required risk groups will need to call a cantonal hotline before being directed to a testing facility.

The central Swiss canton of Bern plans to follow suit in the coming days.

Some cantons, such as Basel Country, have established mobile testing facilities that can visit nursing homes and other care facilities.