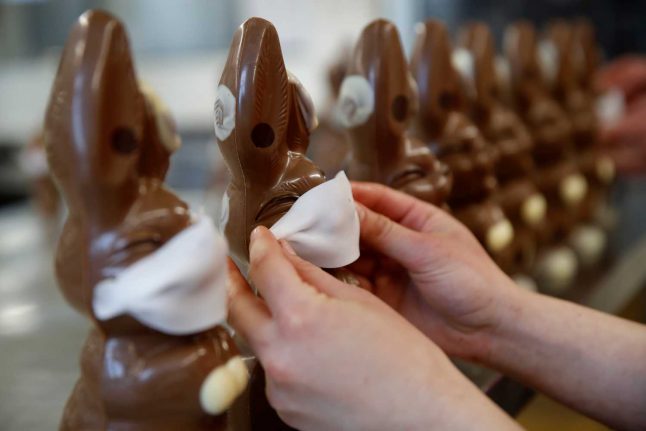 From religious ceremonies going virtual to concerns about a lack of eggs across the festive season, the coronavirus is going to make a significant difference to the lives of millions of people this Easter.

A major grey area – and one which readers of The Local Switzerland have asked us about – is whether people can take trips over the long weekend.

Good Friday and Easter Monday are public holidays in almost all Swiss cantons and are a common time for the Swiss to travel to other parts of the country.

There are concerns that travel will assist the virus to spread, particularly as some of the most popular cantons for travel – Ticino, Vaud and Geneva – are among the heaviest hit.

No extra restrictions for Easter weekend

Swiss authorities decided on April 6th not to put in place any additional restrictions for the Easter weekend, largely because they said Switzerland had managed to comply with the existing rules over the previous weekend.

Other than issuing fines of CHF100 around 130 times in Basel City and around 120 times in St Gallen, the major issue across the previous weekend was too many people trying to access the Flüela Pass in Grisons. The pass has now been closed.

Easter travel: Will you get a refund in Switzerland if you cancel your trip?

Swiss federal authorities said on Tuesday that there were no restrictions on travelling from canton to canton over Easter, although anyone thinking of going on holiday was strongly discouraged from doing so.

Police spokesperson Stefan Blättler said that despite reports of many cars with plates from German-speaking areas being spotted in French-speaking Switzerland, the police did not have the power to ban residents from leaving one canton to go to another.

“We can only encourage people to stay at home and not go to tourist sites. The cantons in western Switzerland are particularly affected by the virus,” he said.

“Of course we cannot block all streets, the economy must keep going.”

Pursuant to Swiss law, only the federal government has the power to close federal roads.

Swiss transit authority, SBB, said it would not be cutting its services across Easter – but encouraged Easter travellers to “Stay home if possible. So those people who rely on public transport can comply with the social distancing rules.” ‘Not risk what we have achieved’

Blättler said the public should think of the broader coronavirus effort and avoid making trips over easter.

“Let us not risk what we have achieved. Do your part and do without trips, trips and hikes. “

“Ticino in particular worries us. We all know the the number of people that go south. Now is not the time to enjoy Ticino. And of course this also applies to Valais and Grisons.”

Ticino, the canton heaviest hit by the virus, usually heaves with tourist traffic during Easter. It is particularly popular with residents of other parts of Switzerland who have a holiday home in the Italian-speaking canton.

As a response, police have said they will set up checkpoints on roads providing entry to the canton.

While all Ticino-bound traffic will be stopped, police do not have the power to tell commuters to turn around.

Commuters will be provided with an information flyer, but will decide for themselves whether or not to continue. This data is set to be collected.

Ticino authorities have gone one step further, releasing a campaign telling everyone to ‘stay home – Ticino will be waiting for you’.

As at April 7th, approximately 200 people have died from the virus in Ticino – a quarter of the total deaths in Switzerland, despite Ticino only having four percent of the country’s population.

What about trips outside Switzerland?

Although Swiss citizens and residents will be allowed re-entry, the borders to neighbouring countries have been closed to non-residents and non-nationals.