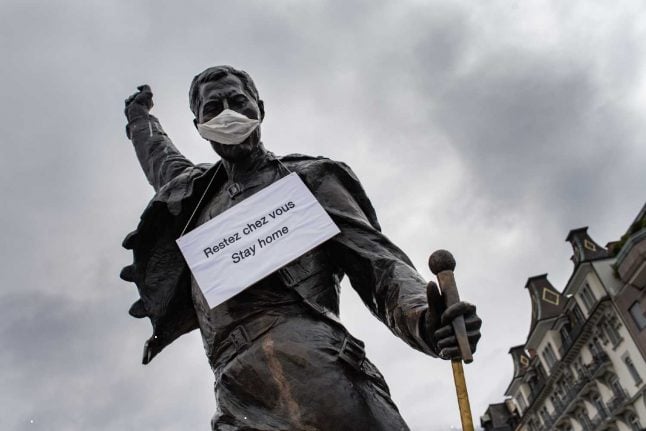 On March 20th, the Swiss government announced a rescue and stimulus package to businesses impacted by the coronavirus.

This fund, initially CHF42 million but later increased to CHF62 million, covers a range of sectors of the Swiss economy – including culture and the arts.

READ: Who can apply for coronavirus financial assistance in Switzerland?

The Swiss cultural sector – which is defined as including performing arts, design, film, visual art, literature, music and museums – is to be supported by CHF280 in emergency aid.

As reported by Swiss daily Watson on Monday, April 6th, this money has just now been made available to the public.

The CHF280 million is broken down into CHF100 million for non profits, CHF25 million in emergency aid for workers in the cultural sector, along with CHF145 million in non-emergency compensation.

Read on to see who is eligible and how much funds are available. Applications can be made at the following website in English, German, French and Italian.

Companies in the cultural sector

Companies in the cultural sector can apply for financial aid to cover the cost of lost earnings due to cancelled/postponed events or projects.

This is calculated at a max of 80 percent of the total loss – companies cannot apply for assistance regarding lost profits.

Profit-based companies facing liquidity problems can apply for a loan to cover a maximum of ten percent of annual turnover.

In addition, non-profit companies can apply for interest-free loans to a maximum of 30 percent of the company’s annual income.

The loans must be paid back within five years.

Employees in the cultural sector

Employees who are out of work will receive compensation of 80 percent of their wage.

This is not just for permanent employees – it has also been extended to fixed-term and temporary employees.

Freelancers and self-employed persons in the cultural sector

Freelancers and the self employed also qualify for the financial assistance made available as per the stimulus payments.

As with employees, this will again be calculated at 80 percent of their usual wage – up to CHF196 per day, calculated as a portion of a total of CHF40,000 per annum.

For married persons the amount is set higher at CHF60,000, with an additional CHF10,000 added for every extra dependent.

Freelancers and the self-employed will also be able to apply for compensation for events which were cancelled due to the coronavirus (scheduled between February 28th and May 20th).

What exactly is the ‘cultural sector’?

The government has provided a fairly extensive list of who fits into the cultural sector – and who does not.

Those who are not considered as artists include publishers, architects, manufacturers of musical instruments, photo laboratories and art dealers.

Owners of nightclubs and discos also do not qualify.

More information can be found here (in German).