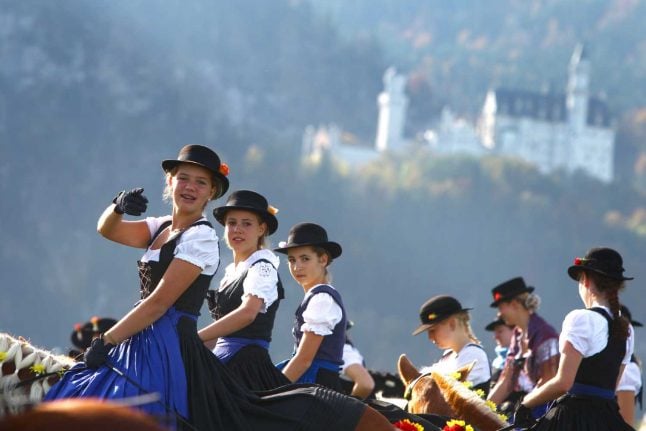 In a press conference on Wednesday afternoon, Swiss Justice Minister Karin Keller-Sutter said residents of Switzerland would again be allowed to holiday abroad in Germany, France and Austria when the borders re-open on June 15th.

Keller-Sutter said while she encouraged everyone in Switzerland to travel domestically to boost the country’s struggling tourism industry, she said travellers would again be allowed to cross the country’s northern and eastern borders this summer.

“Tourism will be possible as soon as the borders are open again. But I encourage the Swiss to stay here and support tourism in Switzerland.”

Coronavirus in Switzerland: German and Austrian borders to be reopened on June 15th

As for border entries in the other direction – i.e. from Germany, France and Austria as well as other countries into Switzerland – Keller-Sutter said she was hopeful a plan would be worked out soon, however the country was wary of opening the borders at this stage.

“The talks with the foreign ministers of these countries have shown that we want to get back to normal at the border as soon as possible, if the epidemiological situation allows it. We are aiming for full border opening on June 15 between Germany, Austria, France and Switzerland.”

“Switzerland does not want a unilateral border opening. I am therefore pleased that I was able to communicate with my colleagues from neighbouring countries.”

Keller-Sutter said on Tuesday that although only Germany and Austria were currently included in the border relaxation,. there would be an agreement on the coming weekend regarding France.

“For the time being, (the June 15th opening) only affects Germany and Austria – but we are also trying to find a solution with France.”

Swiss media reports that France's inclusion is a formality – meaning Swiss residents will also be able to head west this summer.

The border with Italy however looked likely to remain closed for a longer period of time.

“Of course, my department is also in contact with Italy. The fact that Italy is still missing has to do with the fact that the situation there is still different than in Germany, Austria or France.

“Freedom of travel is still severely restricted within Italy.

“Austria is also facing the same situation (of opening borders to the north but not to Italy).”

Italy, particularly the north of the country, has been one of the countries heaviest hit by the coronavirus outbreak, with the second-most deaths and the third most cases in Europe.

Editor's note: In the initial press conference on May 13th, only Germany and Austria were included in the opening plan. The story was amended to account for France's later inclusion on May 14th.