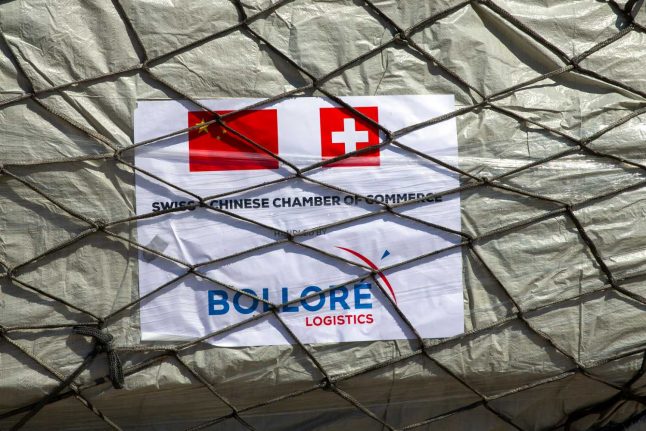 Forced to import masks and other protective equipment from abroad during the pandemic, production of the first Swiss-made coronavirus face masks started up in late May.

As yet, while there is currently no mask requirement in place in Switzerland, this will be debated on June 19th by the Federal Council.

While the first completed masks rolled off the production line over two weeks ago, they are yet to leave the warehouse.

Hundreds of thousands of the devices are sitting on the shelves in a factory in the eastern Swiss town of Flawil.

The reason? They are waiting on an official certificate showcasing that they meet the requirements for helping stop the spread of the coronavirus.

As nowhere in Switzerland can give such a certification, they are awaiting approval by Germany’s TÜV Nord certification body – which is based in the northern city of Hanover. In a written statement produced by manufacturer Flawa, a spokesperson said TÜV Nord are “currently overwhelmed with certification applications”.

The masks are still being produced at a rate of around 64,000 per day – but there is no word yet on when they will become publicly available.

Marcel Odermatt from the Zurich Health Directorate told Switzerland’s SRF media organisation that when the masks receive their final approval, demand for the devices would most likely have subsided – if it hasn’t already.

“Fortunately, the situation in the canton of Zurich, as in all of Switzerland, has eased considerably,” he said. “The production of masks in Switzerland is no longer as important as it was a few months ago.”

Switzerland's dilemma: What to do with the surplus of face masks?

Production of Swiss-made coronavirus masks finally began in May, with the first Swiss-made masks being produced in June.

At a cost of 1.6 million francs, Cantonal officials in Zurich bought two machines used to make the masks from China in mid-April.

The delivery of the machines was delayed, while production was also pushed back due to technical difficulties.

The pandemic laid bare Switzerland’s reliance on its neighbours, particularly when it comes to manufacturing.

Switzerland relies heavily on importing medical equipment like masks and other personal protective equipment (PPE) and as such has been at the mercy of international markets when it comes to securing the devices.

With masks scarce all over the world during the peak of the pandemic, Swiss authorities were forced to pay many times over usual market value in order to secure the devices.

Switzerland has also been at the mercy of neighbouring countries, with some countries stopping truckloads of protective equipment and hand sanitiser in order to keep it in their own countries.