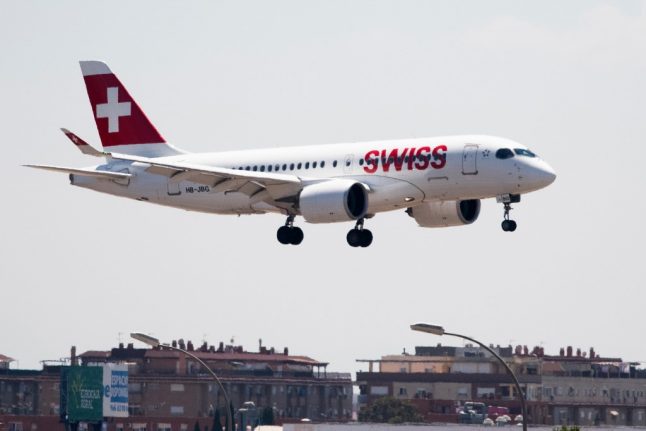 Third nation workers will soon be allowed to come back to Switzerland. Photo by JOSE JORDAN / STR / AFP

This week the Federal Council decided to lift the restrictions put in place during the Covid-19 pandemic on the admission of workers from third-countries, who are employed in Switzerland according to a quota system.

About 8,500 third-country workers have the right to work in Switzerland this year.

Swiss borders with France, Italy, Germany, Austria, and other the Schengen states have been re-opened on June 15th. Since that date, the free movement of people has been restored with all the member states, as well as with the UK.

According to the State Secretariat of Migrations (SEM), only “highly qualified” workers from third nations, like specialists in their fields and other skilled employees, can work in Switzerland.

“This means, above all, that you should have a degree from university or an institution of higher education, as well as several years of professional work experience” the SEM says.

Also, besides professional qualifications, these workers must fulfill certain other criteria, including professional and social adaptability, as well as knowledge of at least one national language.

Additionally, starting on July 6th, requests from non-gainfully employed third-country nationals, such as pensioners, will again be processed by the cantons. These people must meet the ordinary criteria of the law on foreigners, such as language skills, integration, respect for public law and order, and participation in the economic life.

Regarding vacations, the evolution of coronavirus transmissions will determine whether, and when, the entry ban on third-country nationals and residents will be lifted.

This decision will be made in coordination with the other Schengen states.

EU officials are reportedly drawing up a list of third countries whose nationals will be allowed to travel to the EU when external borders reopen on July 1st, as well as those for whom travel restrictions will remain in place.

European officials said that only countries whose infection rates are the same or better than the EU average should be given the green light to enter Europe.

That would exclude North and South America, where the cases of Covid-19 are soaring.


READ MORE: American tourists could be barred from Europe when borders reopen