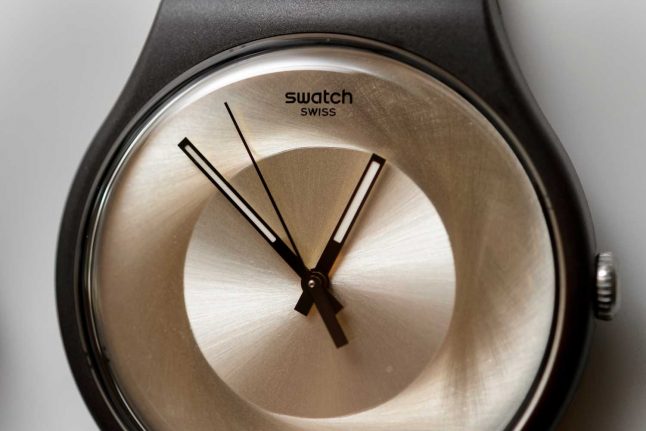 The Swiss-based group whose brands also include Omega, Longines and Tissot, said sales plunged by 46.1 percent in the first half of 2020 from the same period last year to 2.2 billion Swiss francs ($2.3 billion, 2.1 billion euros).

It registered a net loss of 308 million francs for the period, against a profit of 415 million for the first six months of 2019.

The sales figures were just below the analyst consensus established by Swiss financial news agency AWP, while the loss far exceeded the 250 million francs expected by experts.

READ: The cheapest way to travel by train in Switzerland

The company said state-imposed lockdowns to slow the spread of the novel coronavirus had at times shut up to 80 percent of its sales channels, but by June its operations had already returned to profit.

“The Group's management is convinced that the sales and profit situation will improve quickly in the coming months, parallel to the further easing of Covid-19 measures” in countries, it said in an earnings statement.

“A positive operating result is expected for the full year,” it added.

Swatch said launches of new products as well as lower costs should help it overcome the first half loss, and pointed to a strong rebound in areas where lockdowns have been lifted, including double-digit sales growth in mainland China in May and June compared to the same period last year.

The company shuttered definitively some 260 sales points during the first half of the year and it shed 6.5 percent of staff over the period to around 33,700 employees.