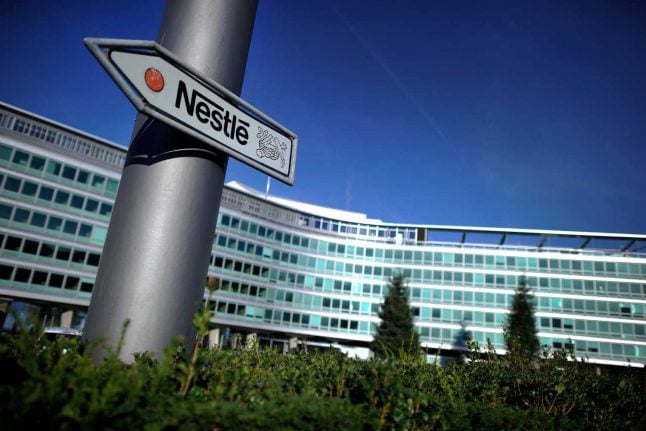 The company's organic sales, which had swelled 4.3 percent during the first quarter as people emptied supermarkets in anticipation of confinement measures to come, grew just 1.3 percent in the second three-month period of the year.

Nestle, which owns KitKat, Nespresso, and Maggi among other brands, explained in a statement that the slowdown reflected “the severe impact of movement restrictions on out-of-home businesses,” as well “consumer destocking after pantry building in March.”

For the first six months of the year, organic sales grew 2.8 percent, the company said.

READ: Which countries have quarantines for Swiss arrivals?

At the same time, its total reported sales dropped 9.5 percent during the first half of the year to 41.2 billion Swiss francs ($45.1 billion, 38.3 billion euros).

The company stressed that divestitures like the recent sale of its US ice cream business, and foreign exchange impacts reduced its overall sales figure by 12.3 percent.

At the same time, Nestle reported that restructuring had helped its net profit shoot up 18.3 percent to 5.9 billion francs for the first six months of the year.

Nestle chief executive Mark Schneider meanwhile hailed the company's performance in the midst of the coronavirus crisis, insisting it had “remained resilient in a rapidly changing environment.”

The impact of the crisis meanwhile varied greatly in different markets, depending on when restrictions were implemented and how severe they were, Nestle said.

Different product categories were also impacted in different ways, with demand for at-home consumption and personal health products soaring, while water and confectionery, which are often purchased in restaurants and shops, and often on a whim, saw sales slip.

Nestle meanwhile said it had incurred 290 million francs in additional costs linked to the crisis, including expenses for bonuses paid to frontline workers and employee safety protocols.

In addition, it said it had been hit with 120 million in costs linked to staff and facilities made idle due to lockdown measures.

Looking forward, the company stressed that “the exact financial impact of COVID-19 for the full year remains difficult to quantify,” adding the final number will “depend on the duration and economic consequences of this crisis as well as the speed of recovery in the out-of-home channel.”