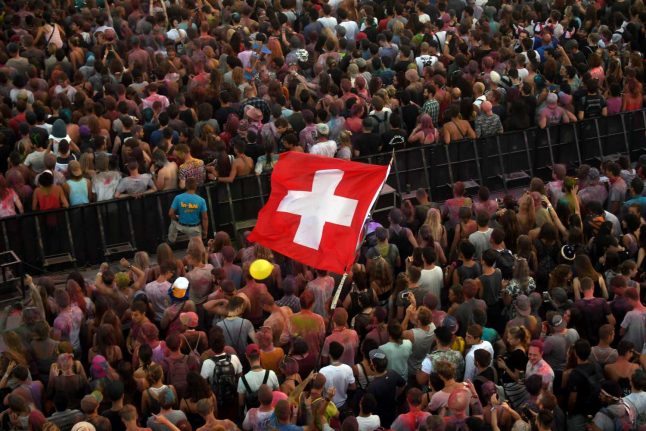 While concerts may be allowed from October, they will be subject to certain restrictions. Photo: ATTILA KISBENEDEK / AFP

Switzerland announced Wednesday that it was extending the ban on gatherings of more than 1,000 by one month until October 1, with COVID-19 cases back on the rise.

The Swiss government “intends to ensure that the epidemiological situation in Switzerland does not deteriorate”, it said in a statement.

“This careful reopening step takes into account the needs of society and the economic interests of sports clubs and cultural venues.”

Unlike some of its European neighbours, Switzerland stopped short of imposing strict confinement when it introduced measures in mid-March aimed at stopping the spread of the new coronavirus.

It began gradually easing its restrictions in stages, from April 27.

READ: Everything that changes in August 2020 in Switzerland

The ban on events for more than 1,000 people was due to expire on August 31 but has been extended for another month, with the government spelling out the conditions in which they could return — measures which will have implications for the country's ice hockey and football championships.

“Strict protective measures will apply and the events will have to be authorised by the cantons, taking into account the local epidemiological situation and their contact tracing capacity.

“These should apply across the board, such as for sporting, cultural and religious events.”

Some 37,079 people have tested positive for the new coronavirus in Switzerland, a country of 8.5 million people, while 1,713 have lost their lives.

Daily infection rates spiked at over 1,000 in March but plunged to a few dozen between mid-May and mid-June.

They have since risen, with 273 new cases announced on Wednesday — a level not seen since mid-April. While face masks have been mandatory on trains, trams and buses since July 6, the government decided they must be worn on all flights from Saturday.

“The measure concerns all scheduled and charter flights taking off from or landing in Switzerland, regardless of airline,” the government said.

Announcing the new changes at a press conference in the capital Bern, President Simonetta Sommaruga said: “We must face this situation together. The virus is still here.”