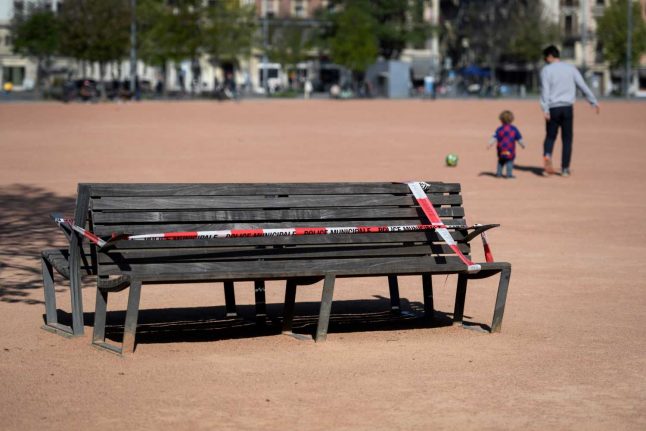 The compulsory collection of personal data in restaurants and at private events will start from August 18th.

Nightclubs will remain closed until September 10th at the earliest.

Authorised public demonstrations that are currently limited to 1,000 people can continue to be organised, but only if health and safety measures are implemented and followed.

In addition, the sub-groups — clearly defined areas during an event — will only be able to accommodate 100 people instead of the current 300, to improve traceability.

And apart from the requirement to wear masks on public transport, as is mandatory in all of Switzerland, masks are also compulsory in shops and at the Geneva international airport.

What is the current situation in Geneva?

“If Geneva were a country, it would have to be put it on the quarantine list, ” said Nicola Low, epidemiologist at the University of Bern.

“We are concerned about what we are seeing here at the epidemiological level,” Geneva’s cantonal doctor Aglaé Tardin said in an interview with Tribune de Genève.

“Beyond the significant increase in cases, the profile of patients is also changing,” she pointed out.

For instance, at the height of the pandemic between April and May, people of all ages contracted the virus. However, only the oldest ones were hospitalised or died.

But in June and July, Geneva health officials observed that the virus mainly affected the population between the ages of 20 and 49 — that is, people who go out at night and lead an active social life.

“What worries us today is that we are no longer able to protect populations at risk,” Tardin said.