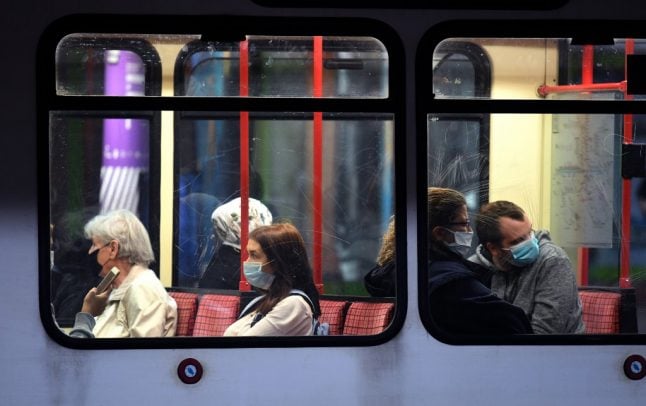 Night trains will no longer circulate on weekends. Photo by AFP

Since the Federal Council ordered the closure of bars and restaurants at 11pm, and some Swiss cantons went even further by shutting these venues altogether.

The company pointed out that, due to the mandated early closure of restaurants and bars, “night demand became non-existent”.

However, “regular evening connections are not affected by this measure”, SBB added.

The suspension of night services, which also include postal buses, is for an unlimited period.

“The resumption will depend on the directives of the Federal Council regarding the closure of establishments and nightlife”, SBB said, adding that “connections following the arrival of last scheduled trains are guaranteed”.

Train service between Switzerland and France is also reduced

After cutting a third of its high-speed rail links between the two countries at the end of September, TGV Lyria is further reducing its service, the company said in a press release.

Starting on November 4th, only three daily round trips will remain between the two countries: two between Geneva and Paris — down from eight — and one between Zurich and the French capital.

According to SBB and Société nationale des chemins de fer français (SNCF), which jointly operate the TGV network between the two countries, the changes are due to “the health measures taken in the two countries”.

On one hand, Swiss authorities require that travellers from the French region of Île de France, where Paris is located, quarantine for 10 days upon arrival in Switzerland.

On the other, France is under a four-week lockdown and all non-essential travel is discouraged, even though borders remain open.

All those arriving in the country despite the restrictions must carry a special document, l’attestation de déplacement dérogatoire.

The company also said that all passengers who want to cancel their trip to or from France due to the restrictions in place in both countries, can request a refund or exchange their tickets free of charge until January 4th, 2021.