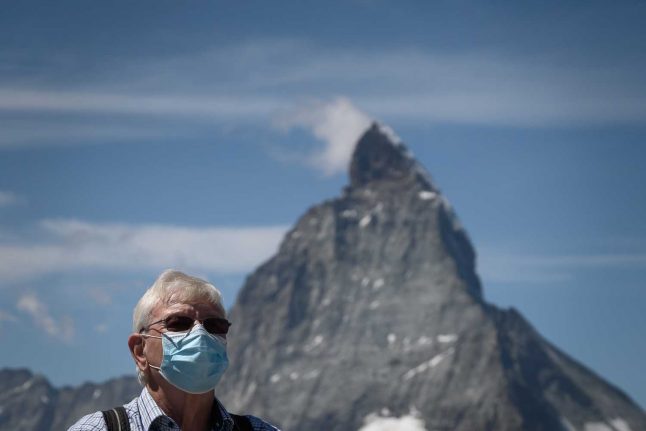 Cantonal authorities announced on Wednesday afternoon that the new rules aim to “avoid saturation of the hospital system”.

Cafés, restaurants, pubs, and bars (including those attached to bakeries, gas stations and train stations, hotels and campsites) will close from Friday at 10 pm until at least November 30th, authorities said.

These new measures supplement the ones already enforced in the canton on October 22nd, which include the closing of all entertainment and leisure venues like cinemas, theatres, fitness centres, swimming pools, and sports facilities.

At that time restaurants and bars were allowed to remain open until 10pm but this will no longer be authorised, “as Valais is still one of the cantons with the most new cases in proportion to its population”, Esther Waeber-Kalbermatten, head of the canton’s health department, said.

Valais is now aligned with the other French-speaking cantons of Geneva, Vaud, Neuchâtel, Fribroug and Jura, which mandated new restrictions to rein in the spread of the coronavirus on their territory.

All these measures go beyond ground rules mandated by the Federal Council on October 28th, which include compulsory masks outdoors in all areas where “the concentration of people does not allow the necessary distances to be respected”, 11 pm curfew for bars and restaurants, the closure of nightclubs and discos, as well as the limit of 10 people for private gatherings and 50 for public events.

Some cantons in the Swiss-German part, which has been less impacted by the second wave of the pandemic than their French-speaking counterparts, also adopted their own restrictions.

For instance, Obwalden limits public events to 30 people, compared to 50 at the national level.

The ruling applies to public events indoors and out, but not to political assemblies. The same measure is already in force in Schwyz.