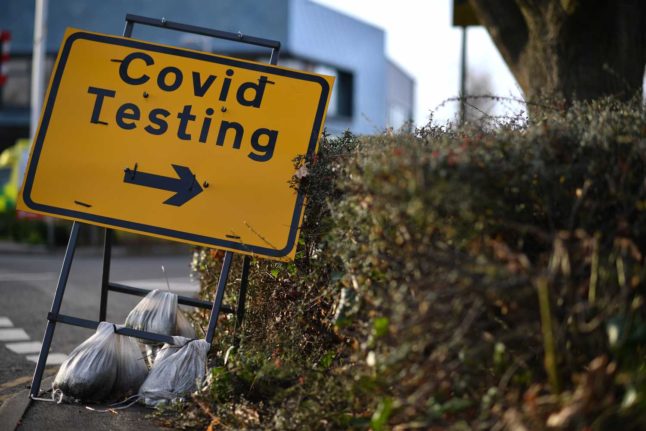 Despite strong test capacity, the Swiss populace appears reluctant to get tested.

Switzerland has one of the lowest test positivity rates in Europe – meaning that fewer people are tested for every positive case.

After lagging behind the majority of Europe in testing, Switzerland has unveiled a new campaign to encourage members of the public to get tested.

READ: Why does Switzerland carry out so few coronavirus tests?

Entitled ‘Have symptoms: Get tested’ the campaign encourages anyone experiencing “fever, cough, sore throat, shortness of breath, chest pain, loss of smell and / or taste” to get tested immediately.

The Federal Office of Public Health (FOPH) is concerned that too few people have been getting tested for the virus and hopes to boost testing rates.

The Swiss GP and Child Medicine Association believes that Swiss people either fail to take their symptoms seriously or don’t think they need to take a test.

“One possible explanation for this development is that, due to the currently slightly decreasing number of cases, the need for tests, even with only mild symptoms of the disease, is not sufficiently recognised by the population,” the Association wrote.

‘We have enough tests’

In launching the campaign, FOPH spokesperson Virginie Masserey said people should not be concerned about a lack of tests – or that they would be forced to pay.

“There is enough test capacity, so all people with symptoms should be tested,” she said.

“The tests are free if the criteria is met.”

The FOPH has an online quiz to be completed to see if a test is necessary.

The test can be completed here in less than 60 seconds and is available in four languages including English, German, Italian and French.

According to the NZZ, the data shows that testing in Switzerland is ‘insufficient’, adding that the results are ‘surprising’ and that the data indicates the virus is spreading ‘uncontrollably’.

This is surprising, because the number of tests in Switzerland is insufficient in relation to the number of infections,” the NZZ writes.

“This is indicated by the proportion of positive tests. According to the World Health Organisation (WHO), this should be less than 5 percent. In Switzerland it is currently still at 22.8 percent and thus at a very high level.

“This development is alarming, as very high positivity rates indicate that the virus is spreading uncontrollably.

“The number of tests carried out in Switzerland is therefore not sufficient to be able to understand the infection process.”

More information about testing can be found here.