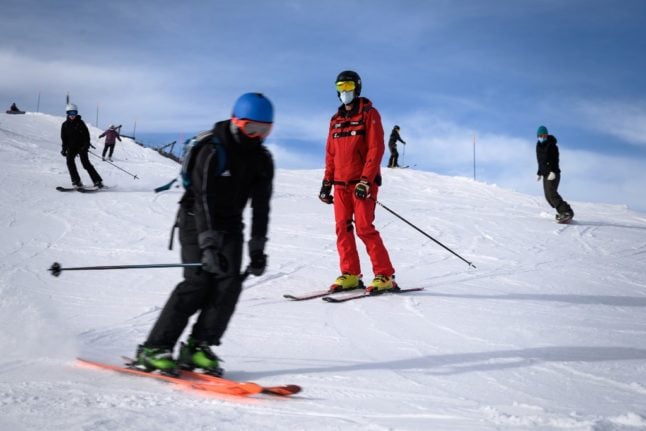 Swiss ski slopes, like these in Verbier, are opening. Photo by AFP

Among the resorts that opened on November 28th are Arosa, Celerina, Klosters and SIlvaplana in Graubünden, as well as Bosco Gurin (TI), Bugnenets – Savagnières (NE), Goms/Obergoms and Verbier (VS), and Grindelwald (BE).

On December 5th, the following resorts are scheduled to open: Adelboden (BE), Champex-Lac, Grimentz, Veysonnaz, and Zinal in Valais, and San Bernardino, Scuol and Spülgen/ Rheinwald in Graubünden.

These are some of the major ski areas to open between December 12th and 19th:

READ MORE: UPDATE: Where and when will it be possible to go skiing in Europe this year?

However, it is best to call a resort ahead of time to make sure the slopes are actually open.

While the authorities said that unlike neighbouring France, Germany and Italy, Switzerland will allow skiing despite the Covid-19 pandemic, they also cautioned that the government would re-examine the situation before the Christmas holidays “and step in if it deems the situation unsafe”.

Also keep in mind that resorts have strict hygiene measures in place.

The Swiss Ski Lift Association is implementing safety measures to prevent the spread of coronavirus.

Masks are mandatory not only in closed spaces such as mountain trains and cable cars, but also on open-air chair lifts and T-bars, as well as in queues.

In addition, queuing will be regulated so it “runs in an orderly manner and without major clusters”.